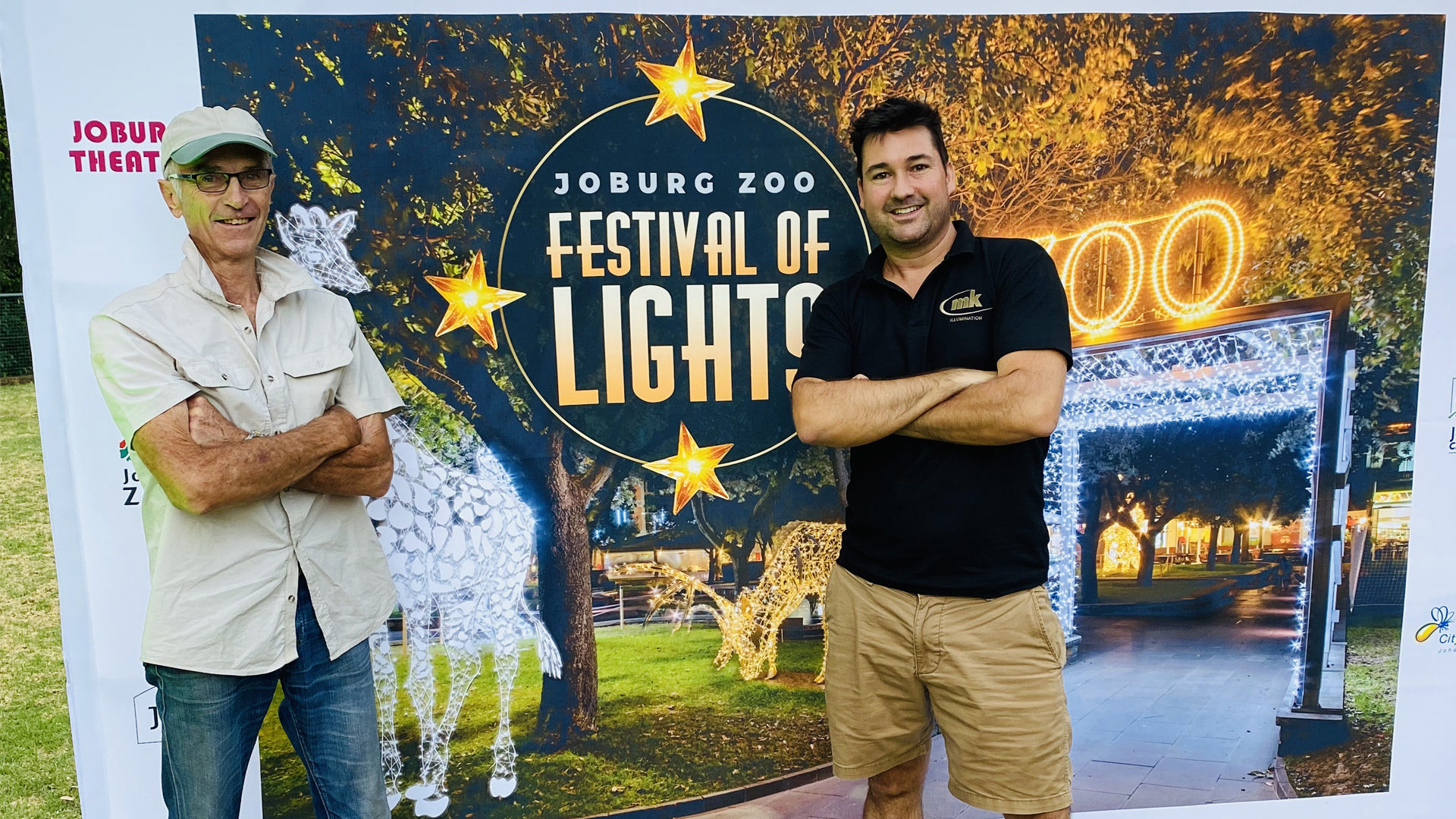 In November and December, two of our brand new Light Parks and one Light Festival opened their doors to visitors: GaPa Funkelland in Garmisch-Partenkirchen, Germany; Haldenzauber in Hückelhoven, Germany; and the Joburg Zoo “Festival of Lights” in Johannesburg, South Africa.

Last week we looked at the transformation of Hückelhoven Millicher Halde into Haldenzauber, and today we’re heading to South Africa to take a look at Joburg Zoo.

Most people tend to think of festive lighting as being something associated with winter and the Northern Hemisphere, but that’s simply not the case. Lights are a big part of the holidays in places like South Africa, Australia and New Zealand, so it’s not surprising to learn the Joburg Zoo has been using light to celebrate since as far back as 2013 when they launched their “Wild Lights” event.

This year, the zoo has revamped their festive celebrations and opened their doors to their “Festival of Lights”, which is the result of a partnership between the zoo, Joburg Theatre, Joburg City Parks, City Power and MK Illumination.

A specially designated walkway guides zoo visitors to see the light-filled attractions, which include a mix of 3D light sculptures and 2D motifs of dolphins, giraffes, stags, horses, lions, and rhino, all animals that visitors can see LIVE at the zoo during the day.  Its summer time in South Africa, so light sculptures of insects are well represented too: visitors seem to love the giant butterfly, but are particularly taken with the beaded bee, lizard and butterfly that were custom-designed for the festival and that resemble the tourist art sold at most markets across the country.

The season hasn’t been forgotten, either, and two illuminated Christmas trees are joined by a suspended angel, and because Christmas in South Africa is a unique experience, a lamb and sunflower complete the scene.

The installation of the light displays and motifs, which boast over 100,000 energy efficient light points, took 10 full days to install, with 8 people working on site throughout. The main challenge with this project was to make sure that the living animals wouldn’t suffer from the additional lighting: fortunately, Animal Cruelty was worked closely with the team, assessing the route and advising alternations to ensure the well-being of the zoo’s inhabitants, and changes were swiftly implemented during the installation.

Take a look at how Joburg Zoo was transformed in 10 days:

For more information or to book tickets, visit https://www.joburgtheatre.com/festival-of-lights-at-joburg-zoo/.

For more information or to book tickets, visit https://www.gapafunkelland.com/

For more information or to book tickets, visit https://www.haldenzauber.de/

Turn your public space into a seasonal Light Park

Whether you need help designing your Light Park experience, producing motifs that have a real “wow” factor, planning the event budget, or managing the event from start to finish, we have ideas and practical, hands-on experience to help you make your dream a reality.

For the best results, early planning is a must. Why not get in touch [https://www.mk-illumination.com/contact/] with our Light Park team and start planning something wonderful for next year?