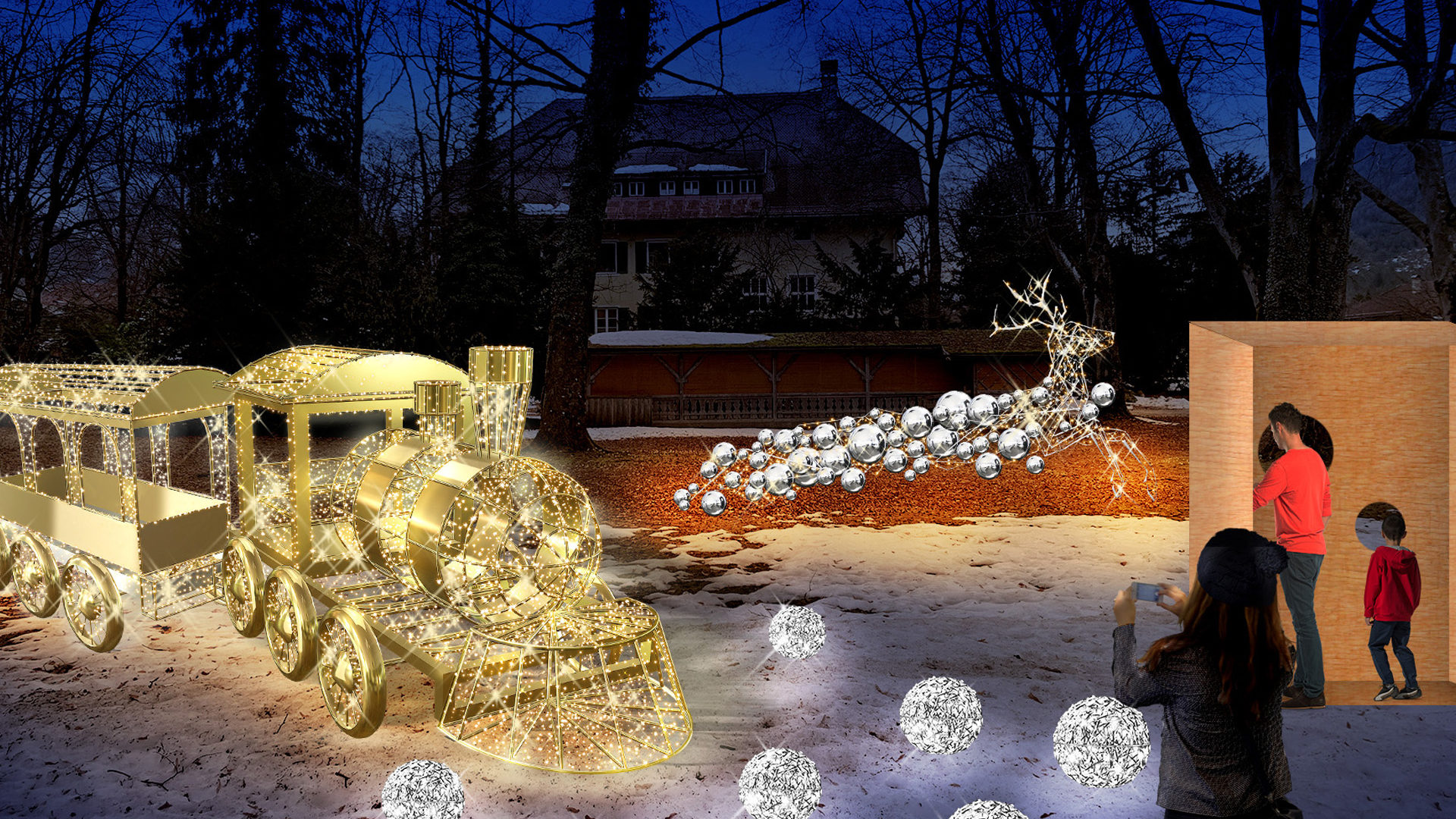 Over the last two weeks, two of our brand new Light Parks and one Light Festival have opened their doors to visitors: GaPa Funkelland in Garmisch-Partenkirchen, Germany; Haldenzauber in Hückelhoven, Germany; and the Joburg Zoo “Festival of Lights” in Johannesburg, South Africa.

They’re all looking fantastic and the media coverage and feedback has been overwhelmingly positive, so today we thought that we’d take a moment to look at what the spaces look like before the switch on.

If you’ve ever watched or read “The Neverending Story” you’ll know that it’s a magical story filled with equally magical characters. The memory of the author Michael Ende— whose other famous works include Momo and Jim Button and Luke the Engine Driver— is kept alive and well in the Michael End Park in his native town of Garmisch-Partenkirchen.

Filled with sculptures from his books, the beautifully maintained park has always been a place of wonder, and as the location of Garmisch-Partenkirchen’s first Light Park, in 2019 it has become even more so. New additions to the park for the Light Festival include a mystical dragon, a phoenix about to take flight and a myriad of remarkable animals. Some of the park’s existing sculptures have also received some seasonal sparkle, like Morla (the turtle from “The Neverending Story”).

The transformation of the park into its current, light-filled state required the involvement of a large team from MK Illumination, GaPa Tourismus GmbH and other partners. The installation itself began on 4th November and took around 3 weeks to complete. Throughout the period, a team of 8-9 people worked day in and day out to assemble the light art and install the motifs.

No Light Park installation is without its challenges, though. The lights required a great deal of electricity, but Michael Ende Park only has two power outlet boxes. The onsite team overcame this by building their own sub-distribution system, all without laying cables over park’s many walkways. Tricky, but solved with some creative thinking.

A week before the doors opened, the weather turned and weather warnings were issued for Garmisch-Partenkirchen: once again, the team worked together to secure the light sculptures and displays, and fortunately no damage was done.

Take a look at how the park has been transformed in a few short weeks:

For more information or to book tickets, visit https://www.gapafunkelland.com/.

Turn your public space into a seasonal Light Park

Whether you need help designing your Light Park experience, producing motifs that have a real “wow” factor, planning the event budget, or managing the event from start to finish, we have ideas and practical, hands-on experience to help you make your dream a reality.

For the best results, early planning is a must. Why not get in touch with our Light Park team and start planning something wonderful for next year?