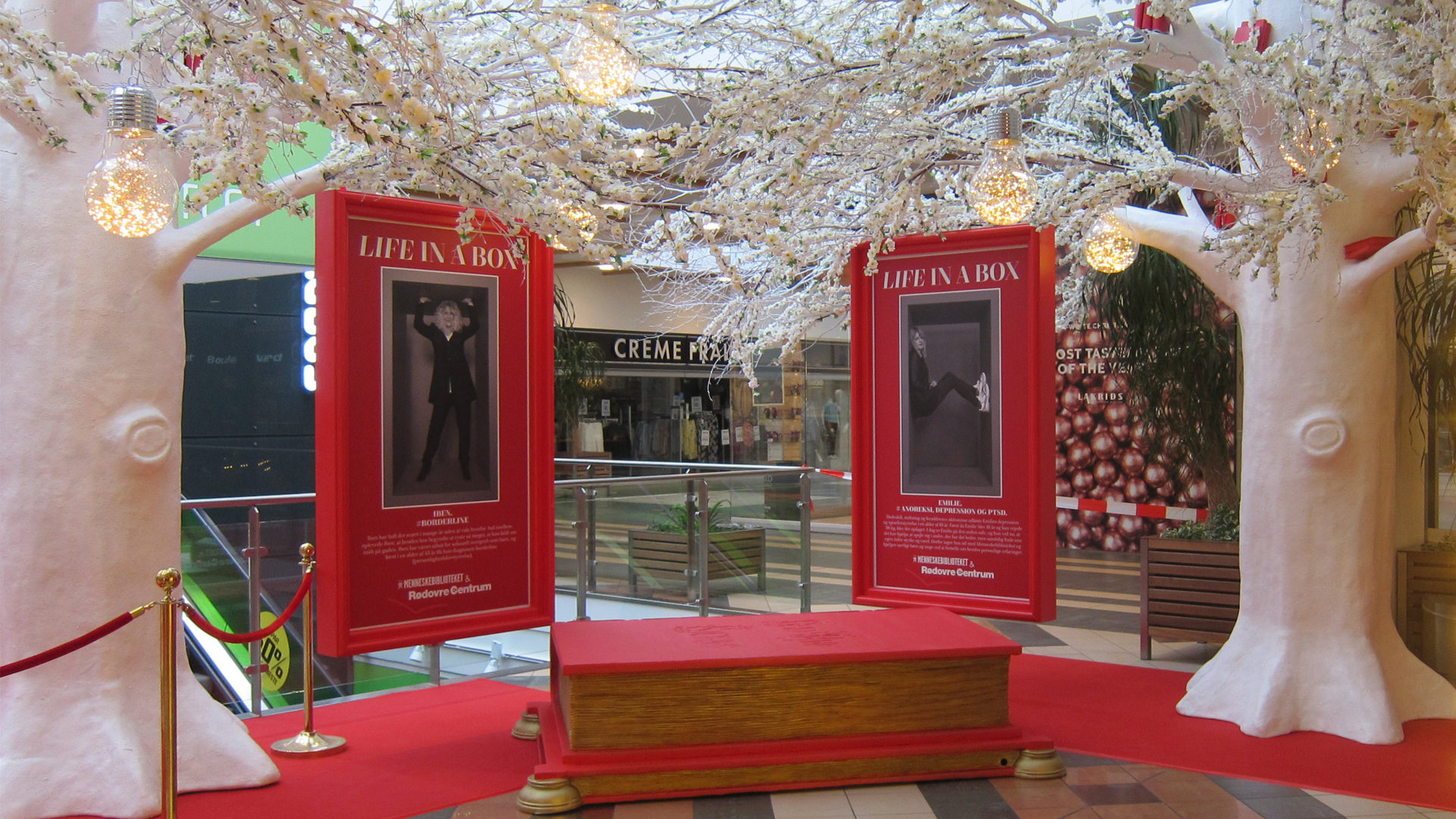 How shopping centers can engage communities and win awards with light, design and creative thinking

If you read the news, it can sometimes seem as if we are living in troubling times. Different wants and needs, different perspectives and expectations can cause rifts in families and even bigger rifts in communities.

Shopping centers are in a unique position to creating engaging and interactive campaign events that bring people together, get them talking and that create spaces for them to continue the discussion after the event.

A great example of this is the “Life in A Box” campaign created by Rødovre Centrum. Rødovre Centrum is constantly pushing the boundaries of “what’s possible” and creating campaigns and events that turn the center into a popular gather place for people of all ages, genders, and backgrounds, and this campaign was no different.

The shopping center worked with the Human Library organization to create a campaign that would allow visitors could “borrow” a “human book” from a bookshelf and have a conversation that would take them beyond stereotypes and pre-conceived ideas.

“Rødovre Centrum gave people the opportunity to have some difficult conversations and knew that it was important that their surroundings were appropriate. They wanted to create an inviting space in the heart of the center that would welcome people. We helped them create a book-themed sitting area, specially designed shelves, and poster containers, and an over-hanging tree with boughs filled with sparkling light points, all of which made people feel more comfortable whilst “reading” their human books,” said Rene Hansen, Managing Director of MK Illumination Denmark.

During the course of the campaign, shopping center visitors were able to access close to 80 “living titles”, with human books talking about topics as diverse as transgender issues, living as a victim of abuse, life as a religious minority, living with mental health issues, living with autism, living with anorexia, being bisexual, and even life as a politician.

The aim of the campaign was to challenge prejudices by helping people connect with another and hear each other’s stories in order to foster acceptance, with Rødovre Centrum taking the role of organizer and facilitator.

The campaign proved to be incredibly popular and reinforced the center’s important role in the local community.

“More and more centers are moving towards campaigns that do more than provide a space to shop or have a meal. For many years, they have been focusing on creating experiences and what they do so well is create experiences that aren’t just about fun, but that engage people in serious topics, too,” said Hansen.

It’s clear that Rødovre Centrum’s Marketing Director Charlotte Anderson and her team have achieved yet another remarkable result with their innovative and thoughtful shopping center campaign.

Light and design mean little without the campaign idea

When asked about the decorative lighting and theming that surrounded the campaign, Rene Hansen was quick to explain that it played a small (if important) part in the success of the Campaign.

“Light and theming can create an atmosphere that can enhance mood, and that can be useful in many different situations. With regards the ‘Life in a Box’ campaign, however, the idea and intention and execution of the campaign were vital. Our lighting and theming helped to create a safe space and listening atmosphere, but it would have had little impact on its own,” he said.

What would he suggest for centers hoping to learn from Rødovre Centrum’s success?

“Know your audience. Create a campaign that will resonate with them, and that will pull them into your center. Be clear about the outcomes you want to see—both in terms of profit and social outcomes, the latter of which is, of course, harder to measure. Then bring in a company like MK Illumination and let’s see how we can help you execute your idea using light and design to deliver the best possible results.”

Congratulations to Rødovre Centrum for this exceptional campaign and its many awards. We can’t wait to see what they’re up to next!