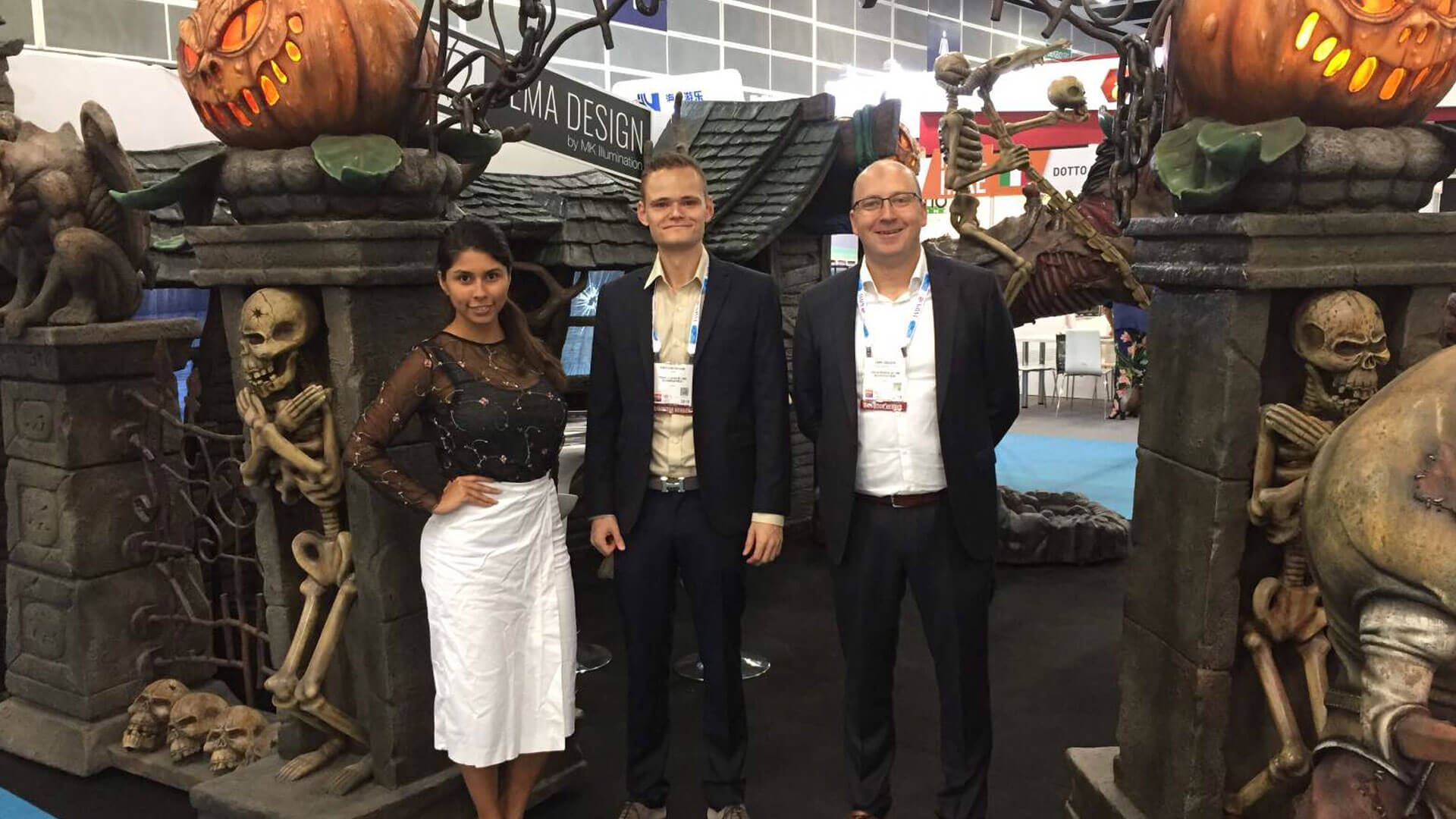 MK Illumination: Where in the world…?

MK Illumination has been all over the world over the last few months, which is probably unsurprising given that we have a local presence in 38 countries and deliver projects in a good 100 countries worldwide each year.

The team from Tema Design by MK Illumination attended the four-day IAAPA Asian Attractions Expo in Hong Kong and presented never-before-seen Halloween concepts and their brand new Inspiration Catalogue. The Halloween concepts included a mix of terrifyingly realistic characters, as well as family-friendly Halloween displays – truly something for everyone.

The MK Illumination UK team were at the flagship marketing event of the year, the REVO Purple Apple Awards. As the event sponsors, they spent a fabulous evening with many invited guests celebrating the brightest and best of UK marketing.

The award ceremony ended on a high note, with MK Illumination CEO Michelle Moffitt presenting the ultimate award, the Golden Apple, before the hundreds of attendees continued celebrating until the early hours.

A highlight of the marketing calendar, the event goes from strength to strength – kudos to the organizers, REVO, and a hearty ‘Congratulations!’ to all the winners!’

RECon is the Global Retail Real Estate Convention and this year it was held at the Las Vegas Convention Center in Nevada, USA. On the Sunday before RECON 2018 opened its doors to over 30,000 registered visitors, MK Illumination teams gathered, with representatives from the east and west of Canada, the United States, Mexico and Austria, to name but a few.

The 4-day, action-packed event was well-attended and the MK Illumination stand stole the show with a contemporary interpretation of an illuminated Christmas tree, with colored panels that could be changed by visitors depending on their mood.

he MK Illumination Japan team attended Tokyo’s only Christmas Decoration Exhibition in the country, BATOMA and turned their booth into a magical European Christmas scene as part of the Nostalgic Christmas theme, which was well-received by the many attendees.

MK Illumination South Africa attended the KZN SACSC Networking Event held at the new Fabrica Restaurant in the newly renovated Sunningdale Shopping Centre. The event was sponsored by Broll Properties. MK Illumination’s South African Managing Director, Lee Rasmussen, supplied a show-stopping Horse of light for the event that created a real “WOW-effect” that literally stopped people in their tracks (for photos and admiration) and added to the warm and welcoming atmosphere on the night.

Needless to say, a good time was had by all!