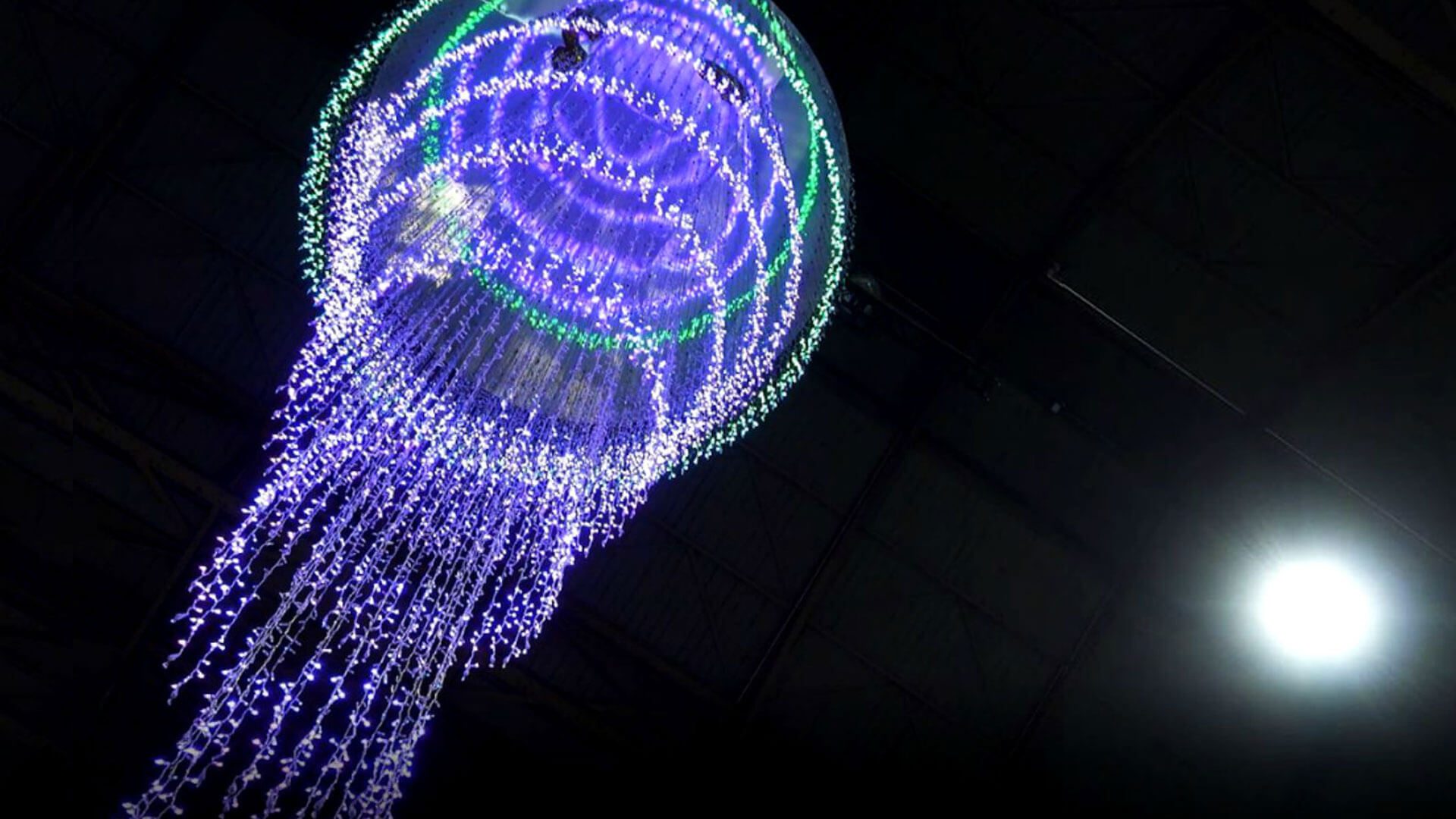 Swiss Federal Railways is the national railway company of Switzerland and in 2016, they issued a tender for a project to implement a project that would add festive cheer and delight visitors to the four largest railway stations in Switzerland, namely Zürich, Geneva, Berne and Basel. MK Illumination won the tender and set to work immediately on the first concept for Zürich HB, developed by Aroma AG, an agency specializing in 3D communication.

Zürich HB opted for a solution that would provide unlimited color options using RGB, as well a phased approach that would add additional functionality in future years, for example the large display erected in 2017 that allowed station visitors to control the chandelier’s affects. One of their goals was to sensitize visitors to digitalization, preparing them for the inevitable integration of digital processes in both the station and the world.

The contract was award placed fairly late in the season, especially given the complexity of the project, which was to develop what would become Europe’s largest chandelier. With a go-live date in early November, MK Illumination Switzerland had only 3 months to turn the concepts into a reality.

“It was a race against time,” said Ilyas Inci, MK Illumination Switzerland’s Managing Director. “Producing a chandelier that would weigh nearly 2 tons and have a diameter of 6 meters needed careful planning in order to meet the timescales, especially given that each strand of the chandelier needed to be placed at a different height so that they formed a helix. This meant that each stand had to be measured and affixed by hand!”

Once the chandelier had been produced, it was transported and installed in Zürich HB, where a further intensive two weeks of programming and testing followed to make sure that the RGB worked correctly in situ.

Once the chandelier was hung, it was an instant success, and when the interactive display was added in 2017, visitors loved the idea of being able use itto control the chandelier and create unique visual effects.

Zürich HB fulfilled its objectives of making passengers more accustomed to interactive tools whilst filling the station with a festive atmosphere and a unique interactive experience that made their visit to the station and to Zürich itself both engaging and interesting. In 2018, the chandelier was a winner of a prestigious Xaver Award, too, adding to customer satisfaction overall.

The remaining concepts design by Aroma AG will be rolled out by 2020, so you can expect several more exciting experiences at railway stations in the!