For years, MK Illumination has drenched Copenhagen’s Fisketorvet Shopping Centre in festive light. For the past Holiday season, the light installations were not only redesigned, but also enhanced with a sympathetic interactive element. A photo point for visitors’ selfies was installed in front of a handcrafted gold-starred Christmas tree. Using the special hashtag, These images were projected automatically on a corresponding screen, thereby becoming part of a competition awarding the most beautiful and most amusing photo creations of the week with cinema tickets. The photos could also be printed out directly on site using an Instagram printer and taken home as a souvenir. Running parallel to this, the Fisketorvet shopping paradise offered an interactive charity initiative for “Save the Child”. Each customer donation caused a flash of blue lights on the tree and the gift was topped up by the shopping centre with €5 – turning charitable giving into an interactive party game! 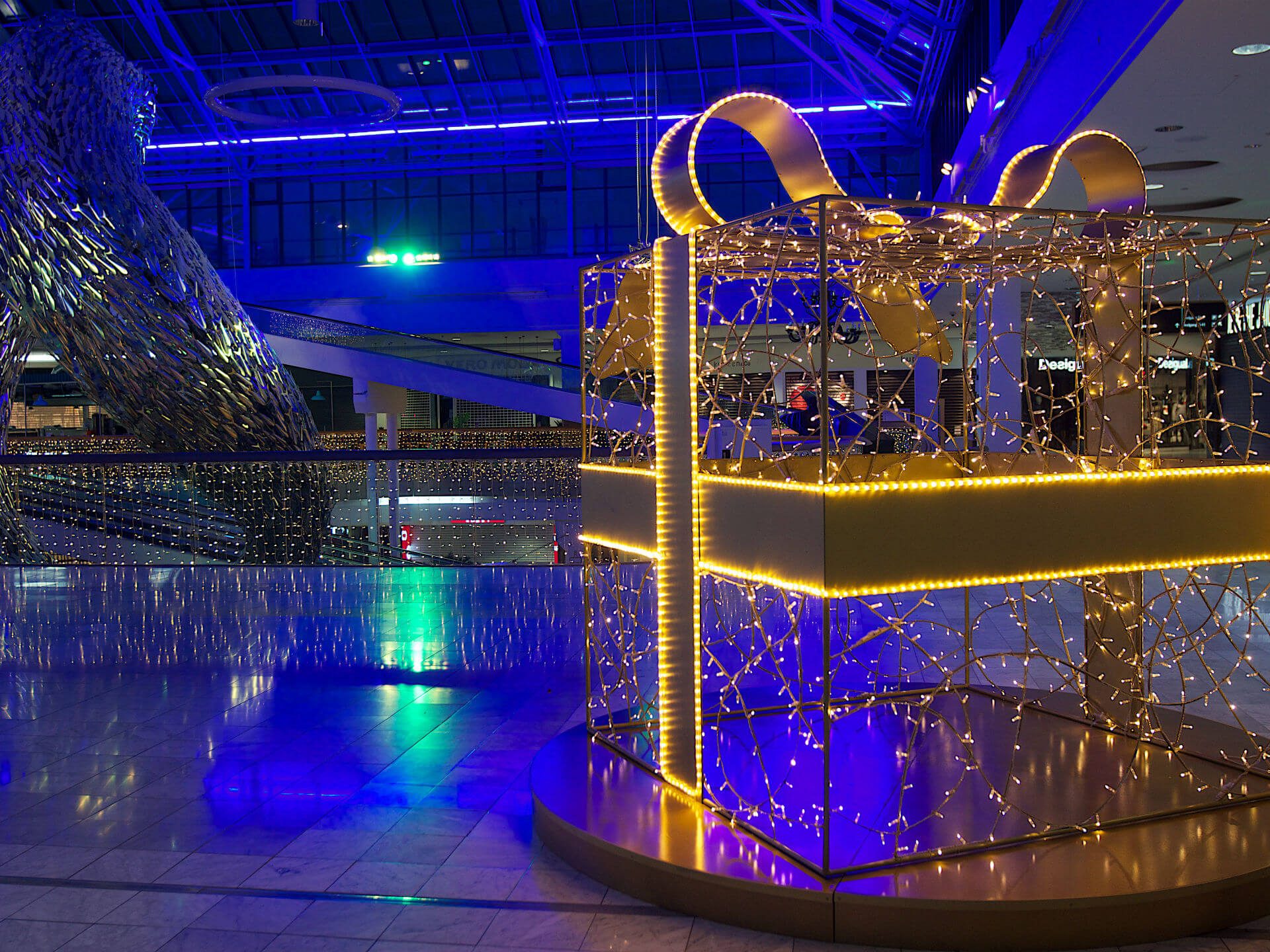 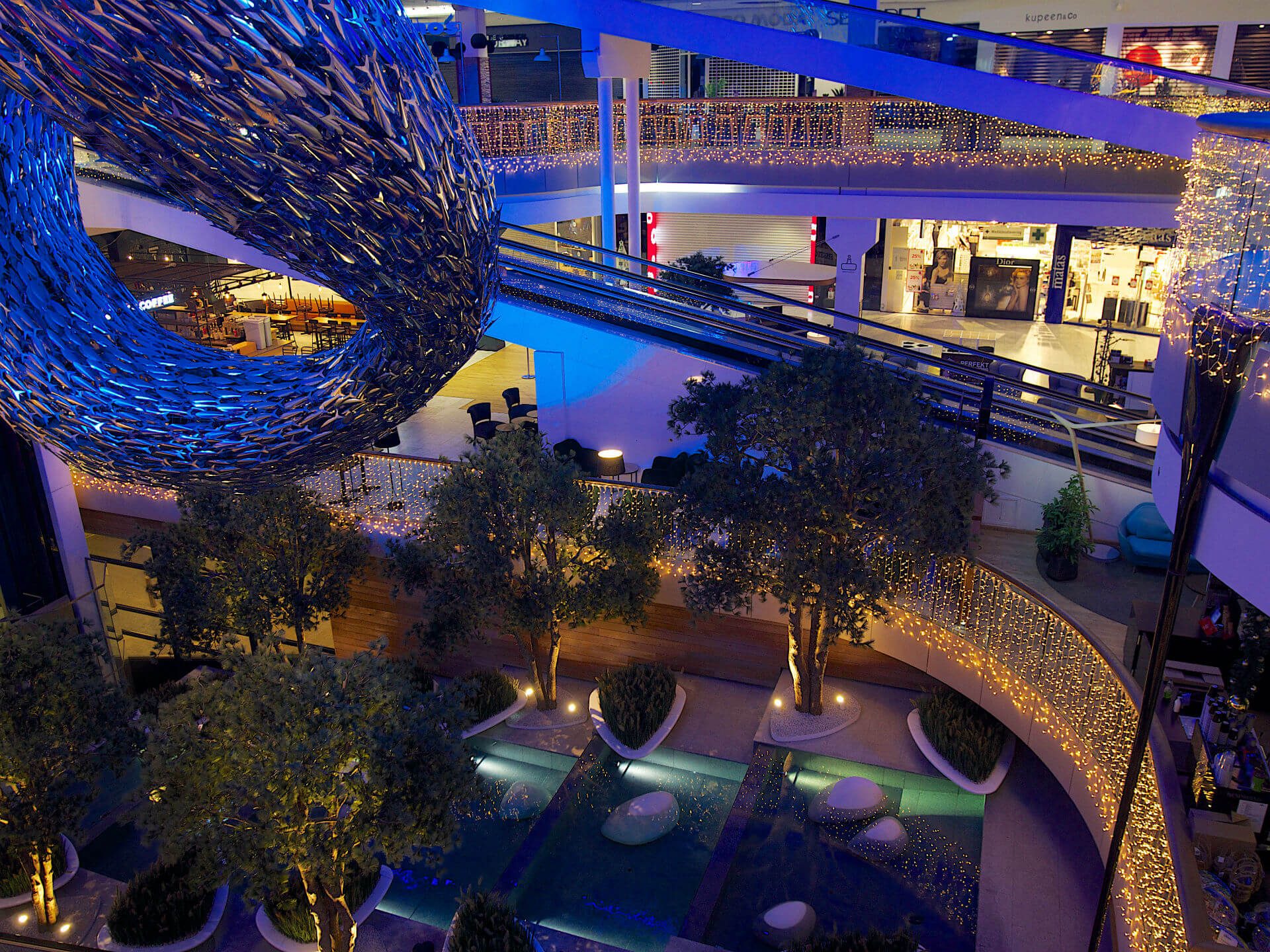