Chengdu Taikooli  is a large center that offers shoppers a mix of indoor shopping spaces, shopping squares, and shopping streets. When they decided to work with MK Illumination China for the third year, they wanted a festive lighting and decorative solution that would not only fill the space with atmosphere, delight visitors, and encourage social sharing of photos. They also wanted the lighting to act as a guide, leading visitors to all parts of the center, including streets that typically received less foot traffic.

The result was an extraordinary display that included 3D lighting motifs, 2D motifs, and strings of light decorating trees that created a visual feast for the eyes.

More than 40 huge illuminated balls, some caged in gold-coated, star-covered frames, were suspended throughout the space, each with a radius of 1.5 meters and weighing up to 30kg.

Side streets were not neglected, and overhead 2D motifs lined these shopping areas, which attracted visitors and resulted in happy tenants, many of whom reported seeing more foot traffic in 2018 than in previous years as a result of the décor. 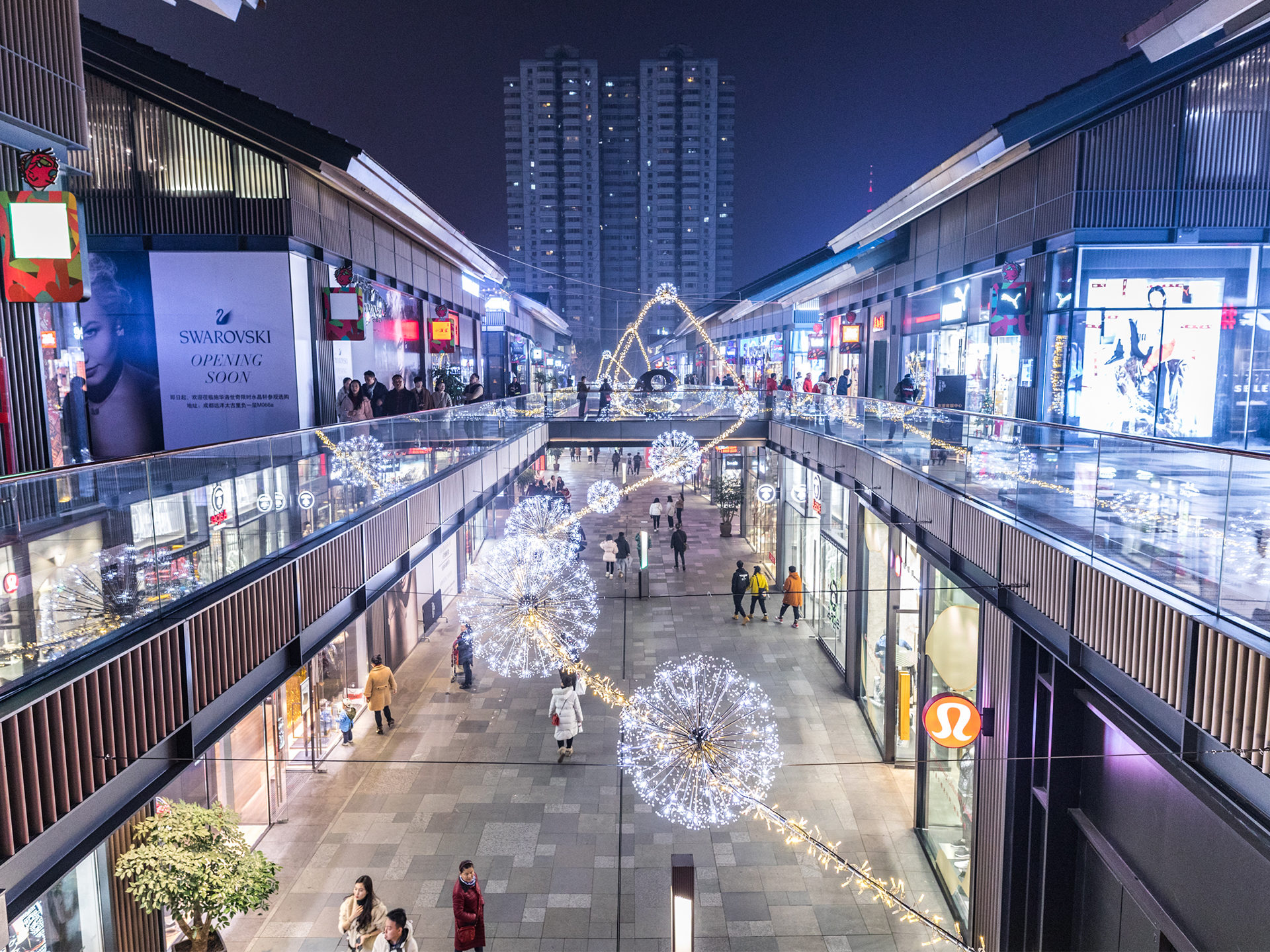 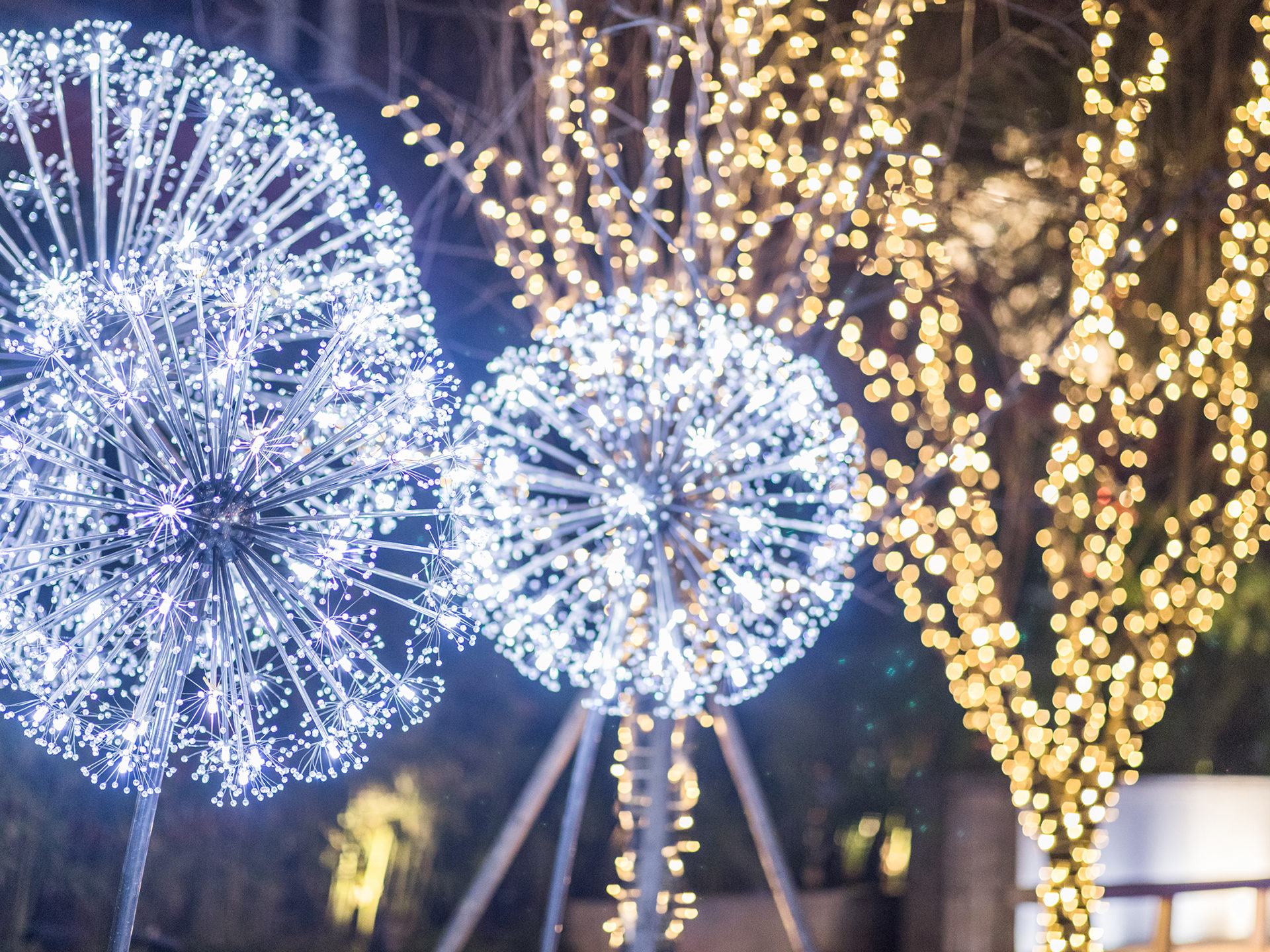 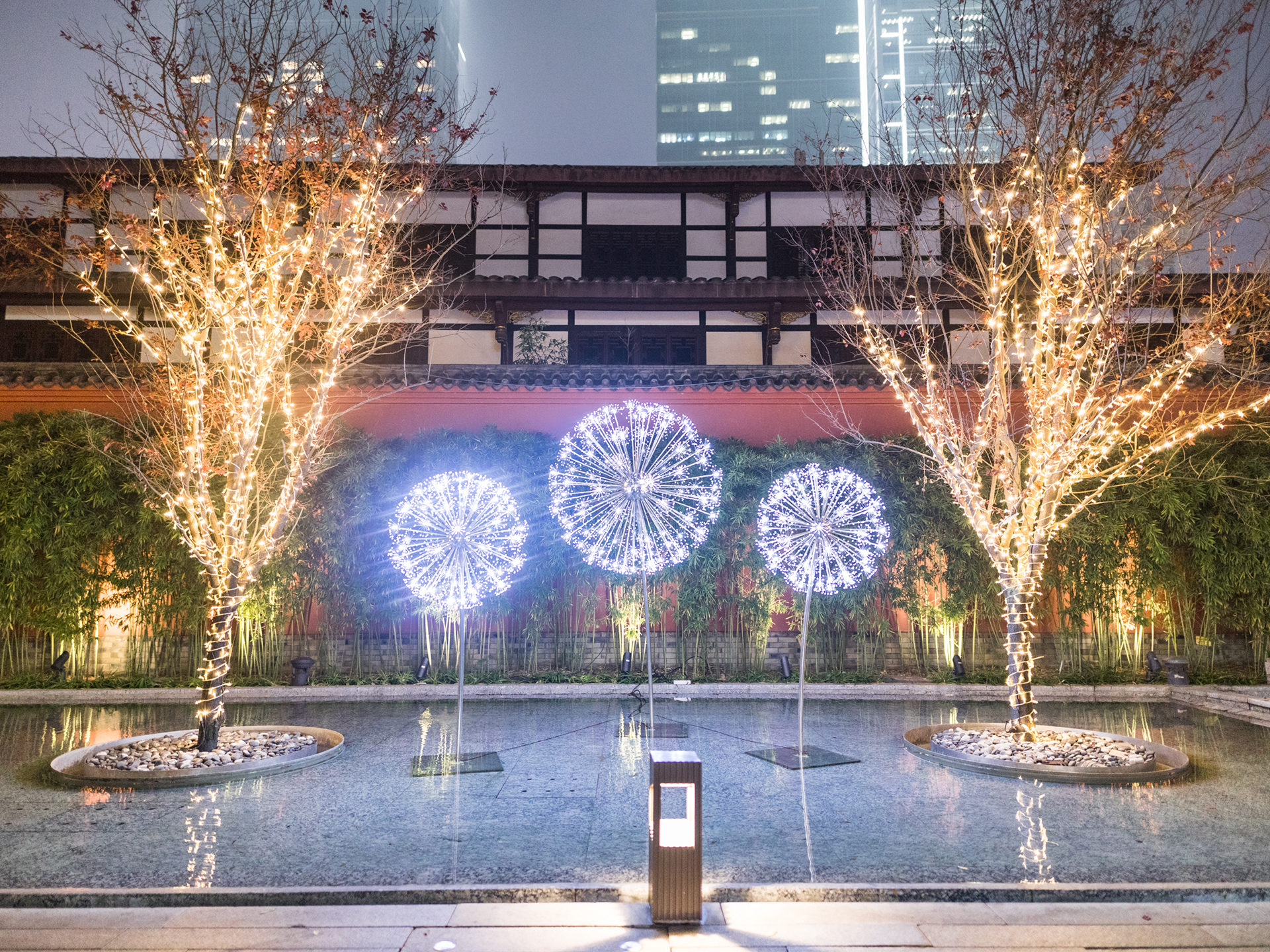 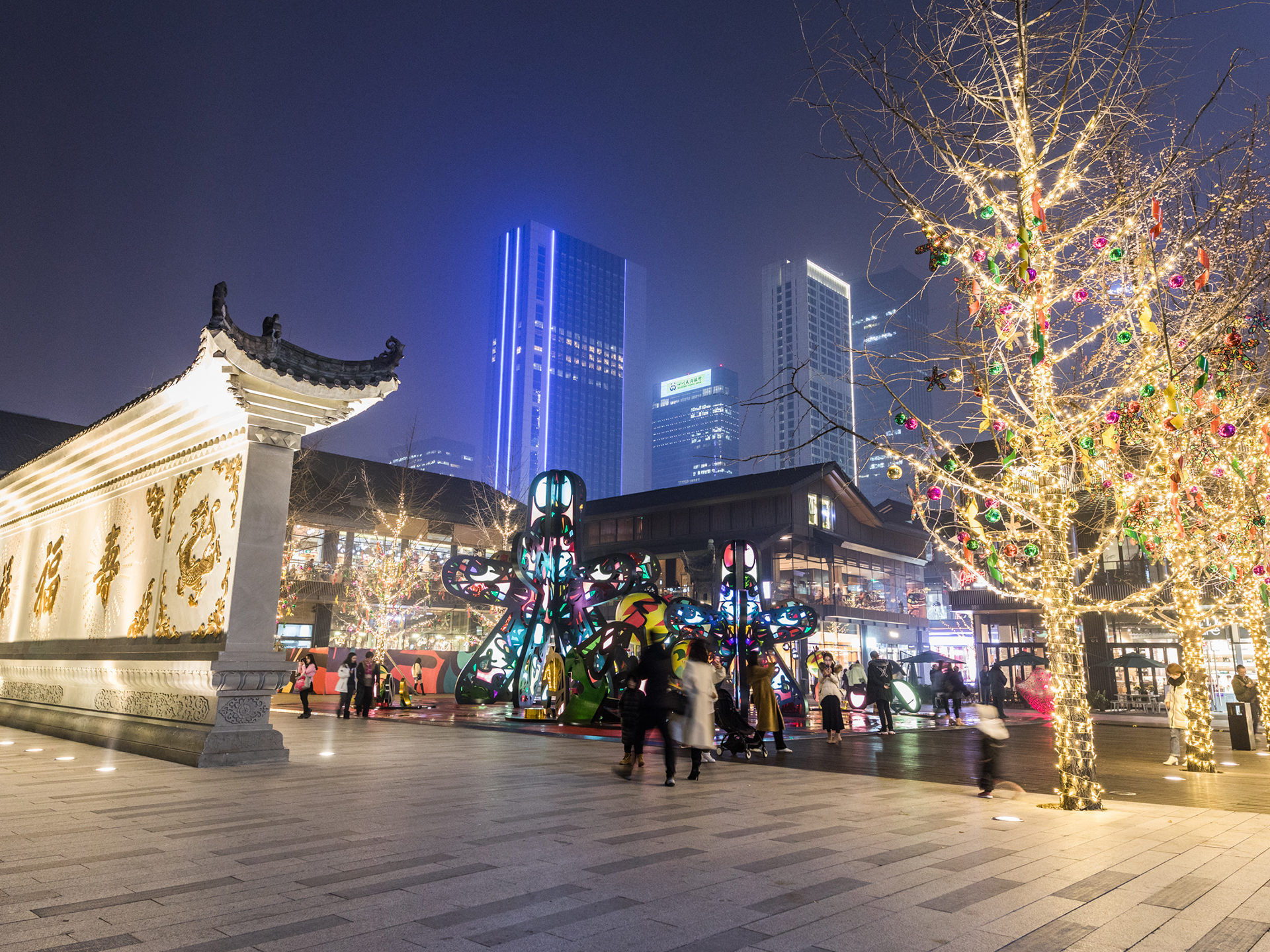 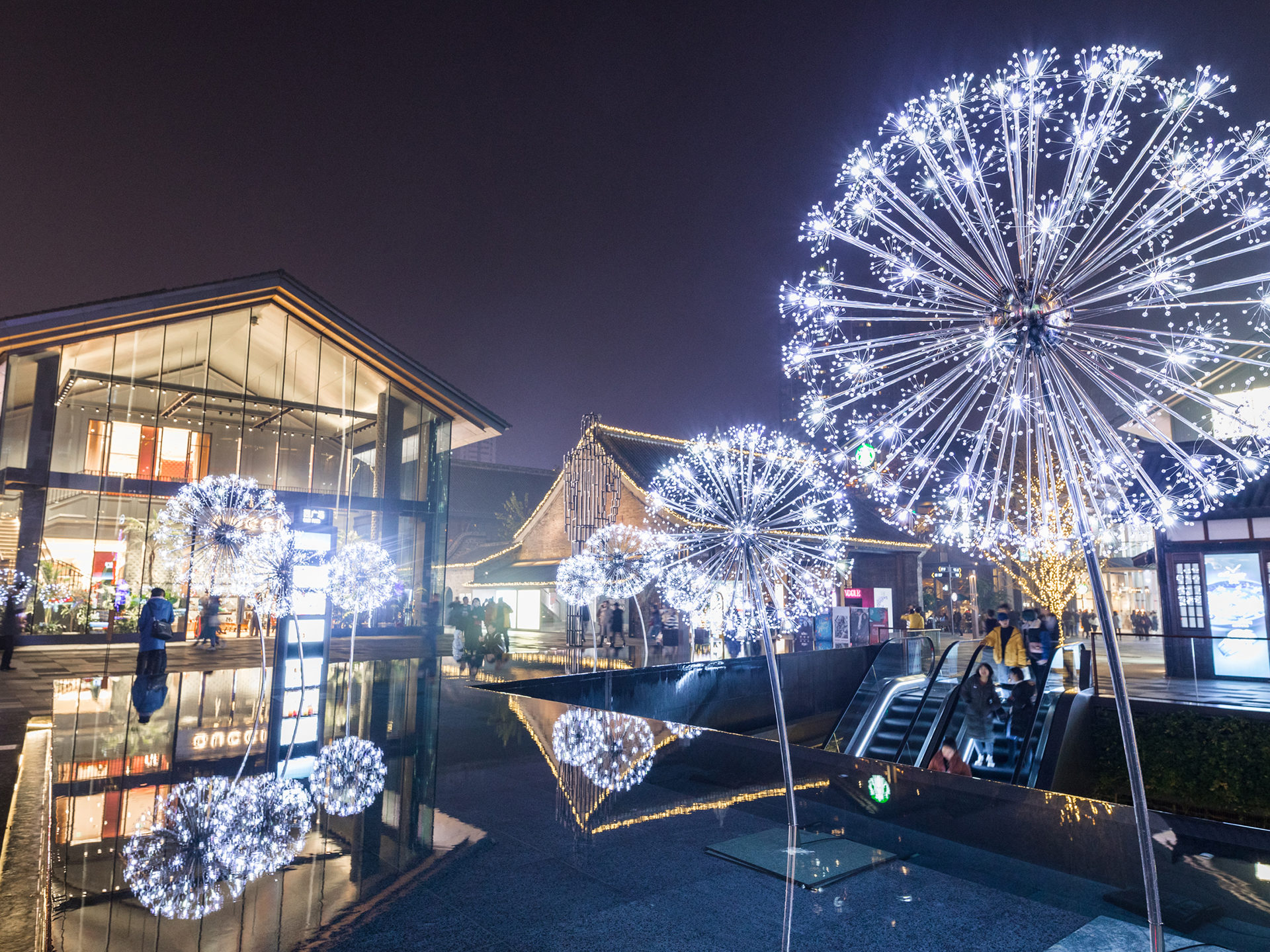 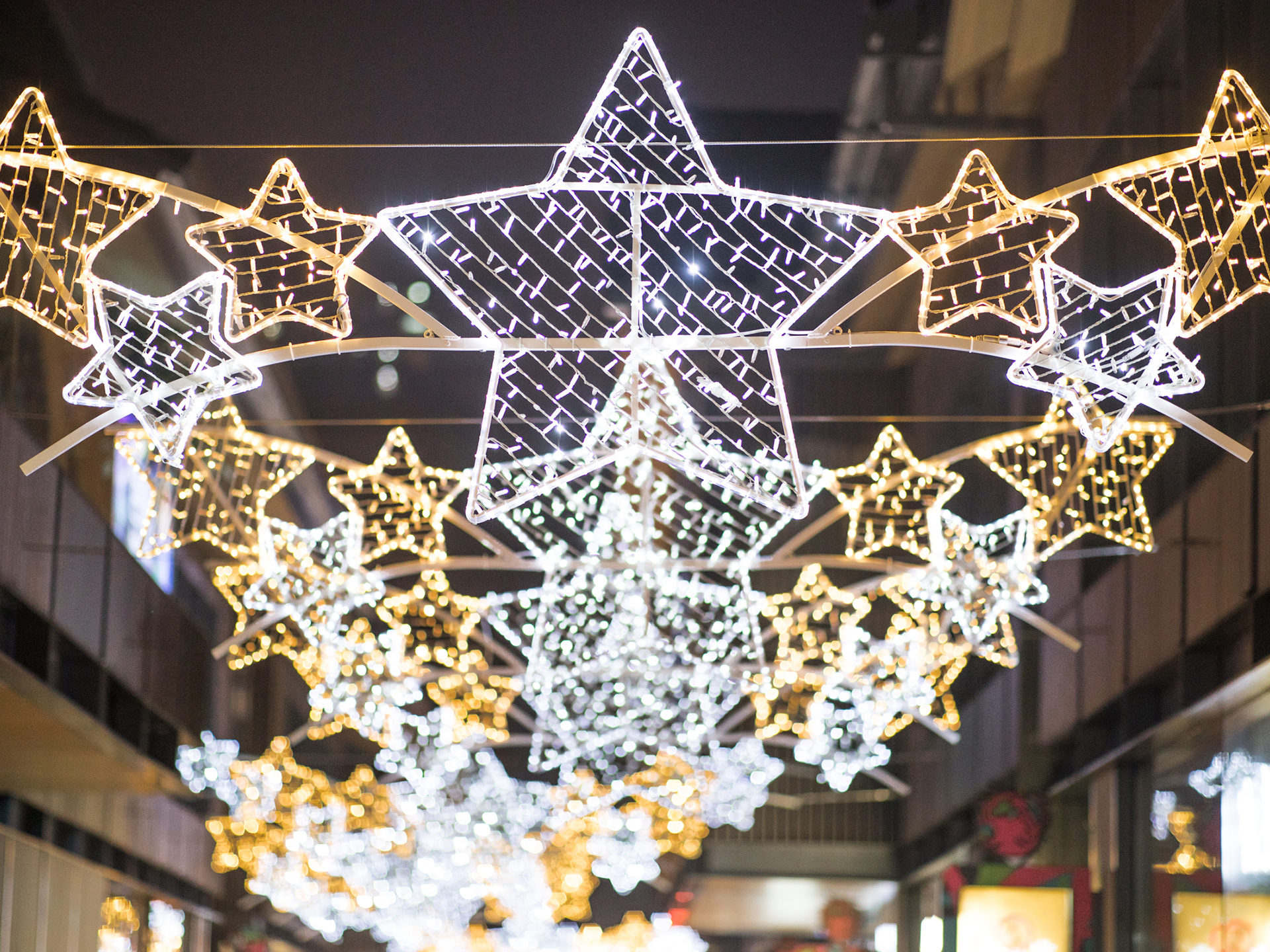 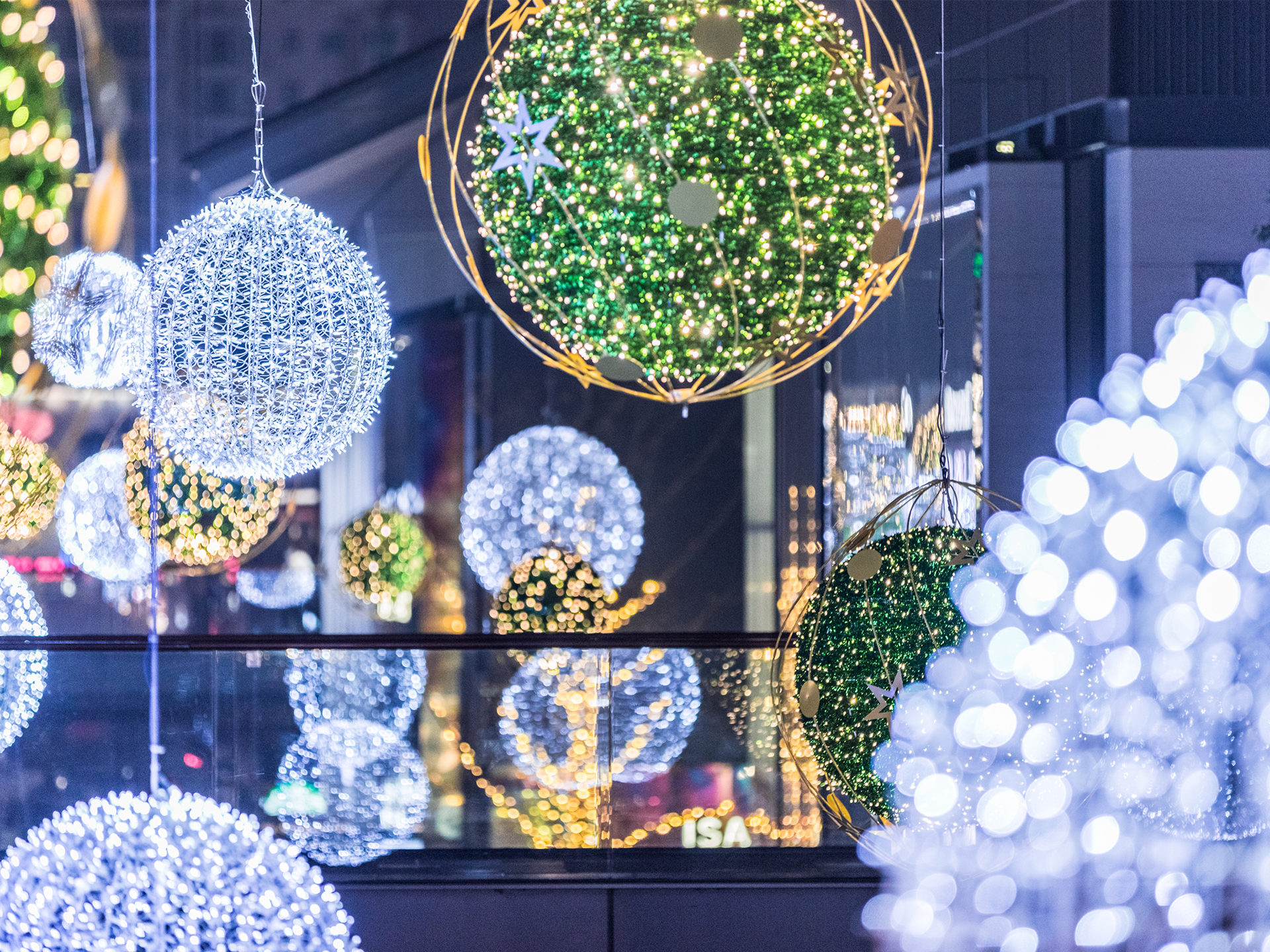 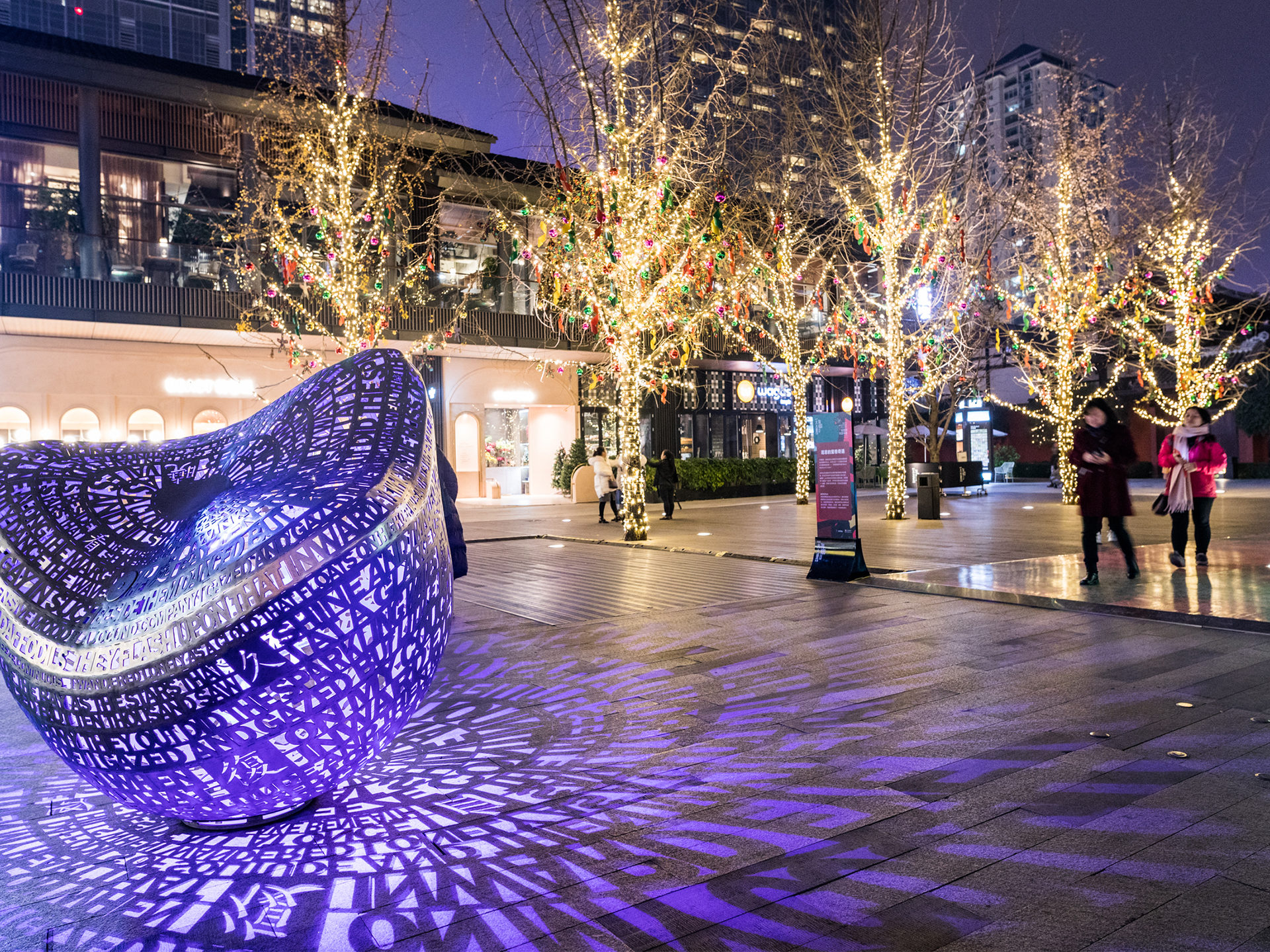