The opulent, custom-made golden dragon stands 24 feet tall and 53 feet long at the center of The Shops at Crystals, one of the most luxurious, elegant, and architecturally advanced retail spaces in Las Vegas.  Weighing more than 3,000 pounds and illuminated by more than 100,000 LED light points, the metallic gold dragon has been carefully designed to be a culturally appropriate symbol for the Chinese year that uses the available space to enhance both the center and the retail spaces of the luxury brands located at Crystals.

“Particular attention was paid to making sure that the dragon was not only perfectly designed for The Shops at Crystals, but that it was also culturally appropriate. We consulted with cultural experts in China to ensure that the design was suitable in terms of Chinese culture; incorporated a number of elements to create a dragon that was benevolent, wise and filled with good wishes for visitors; and we had the design blessed to give the dragon an auspicious start in its new home.” – Thomas Eisner, Managing Director, MK Illumination China

The dragon journeyed from Slovakia in Europe to Las Vegas in the United States as one solid piece, an incredible feat given its proportions.

It was unveiled in early January 2018 and will remain in place until the end of March in honor of the Chinese New Year.

MK Illumination USA designed and produced the golden dragon for Western Design LLC in a long term cooperation for their clients The Shops at Crystals, a Simon Property. Peter Rimak was the lead artist with input from MK Illumination’s Creative Director, Georg Öhler, and Sylvia Quan and Zhang Zhaojia provided cultural guidance. 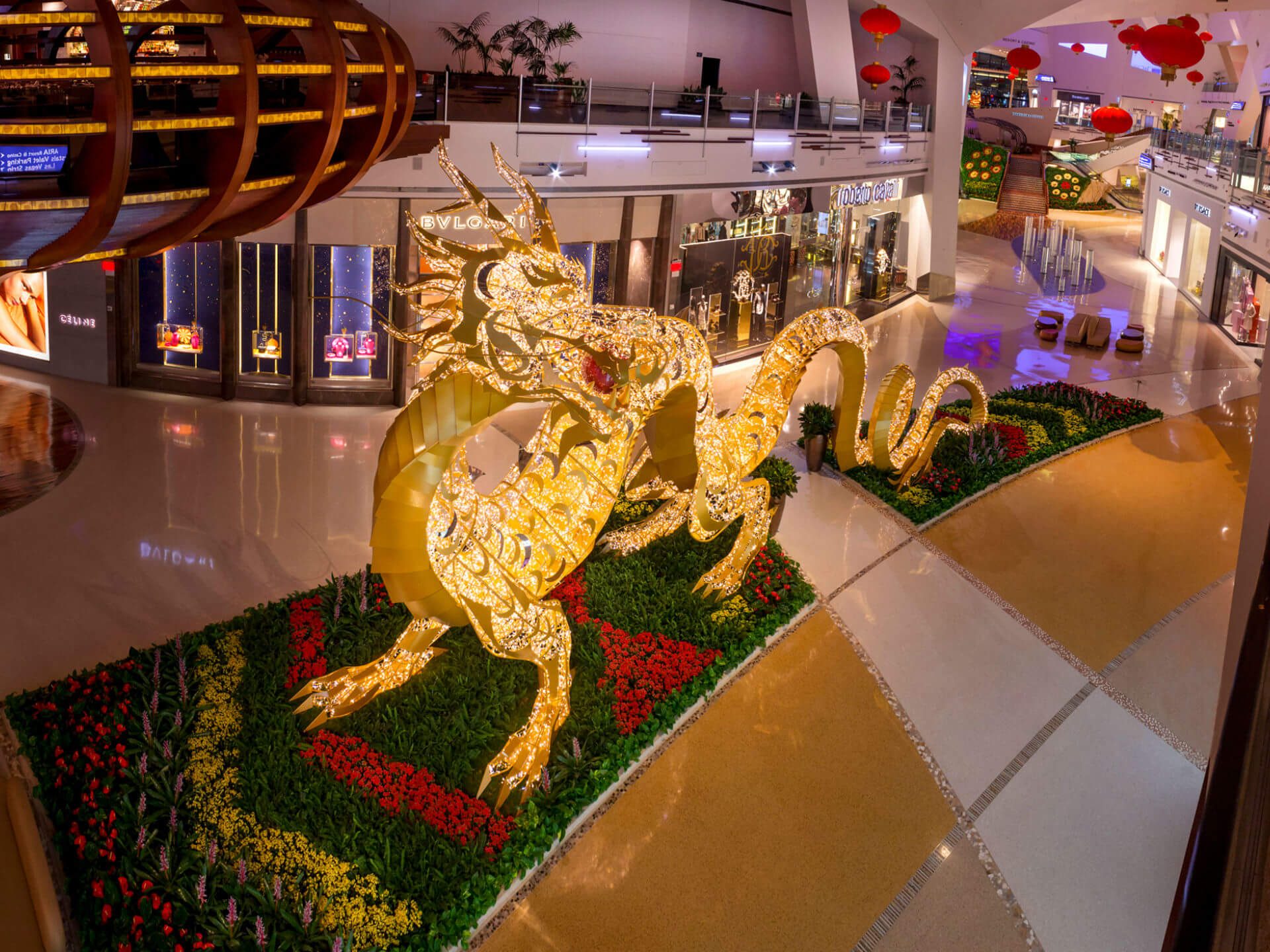 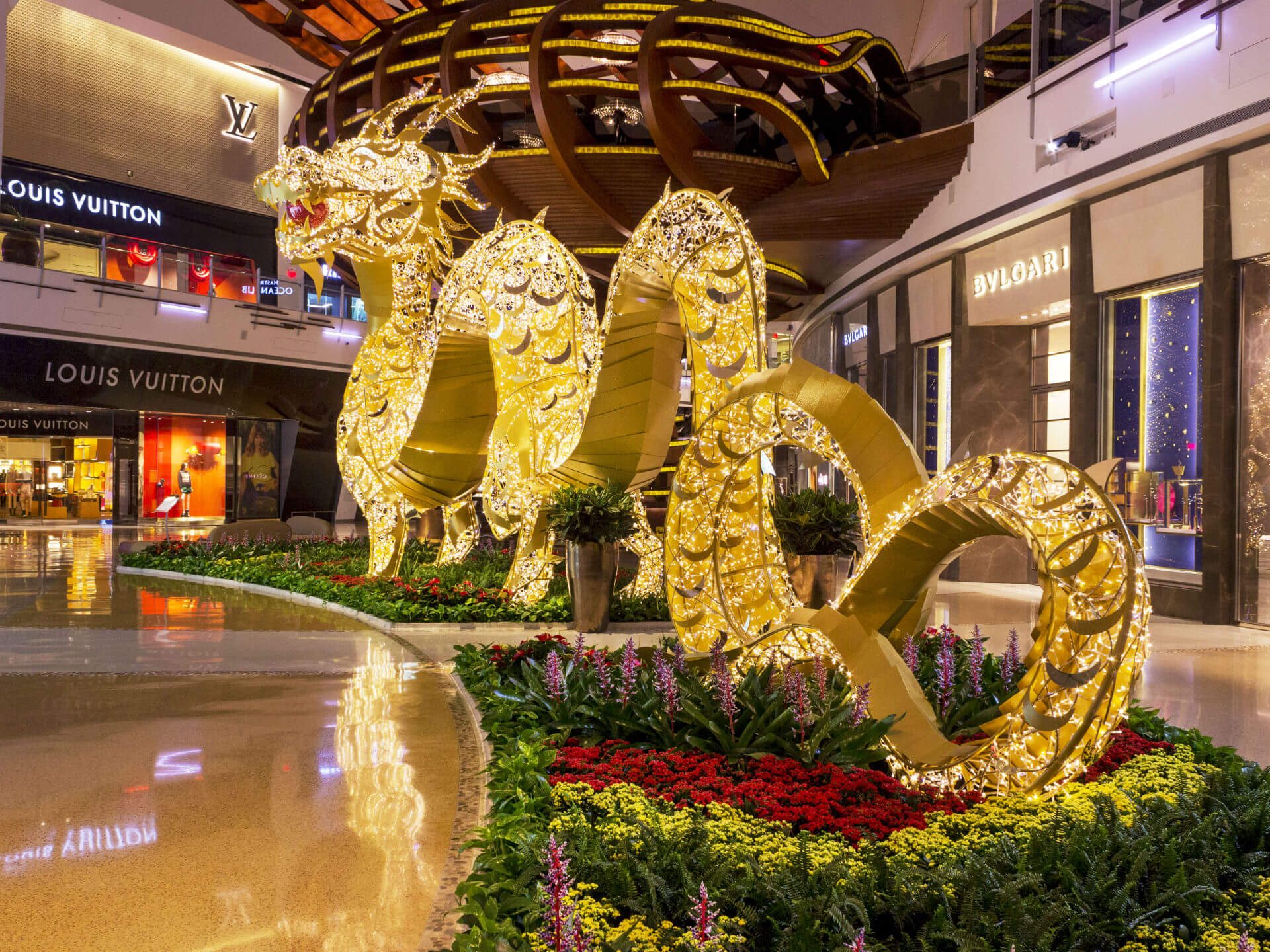 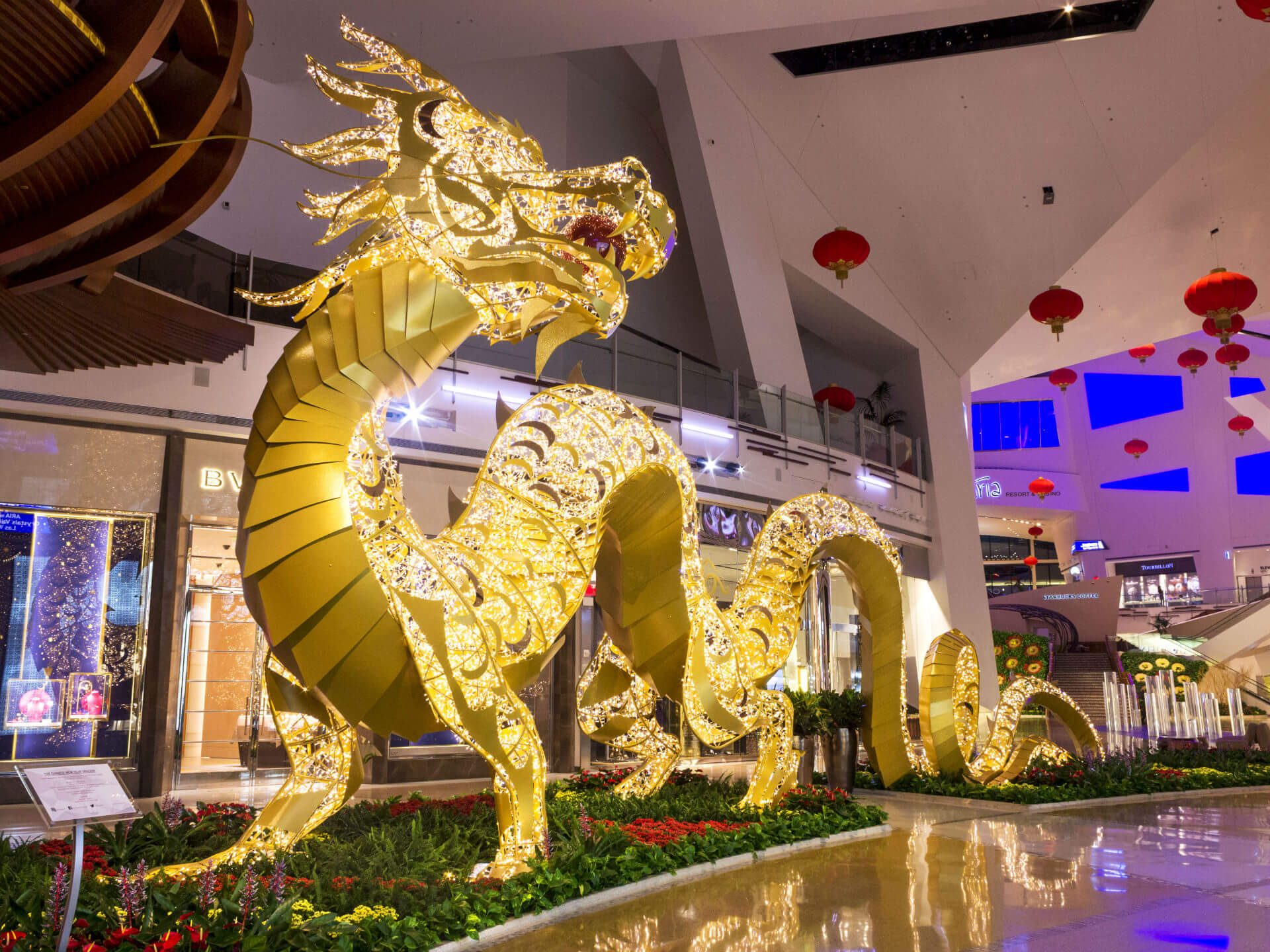