In Glittering Memory of an old Landmark

MK Illumination UK’s sparkling Christmas decoration concept for 2016 for the Milton Keyes Shopping Center in Buckinghamshire was a fitting memory of an old landmark. We placed a glittering 7.5-meter tall, replica of the original tree right in the middle of the open rotunda space of the large shopping center. Around its trunk, there was a small herd of equally glittering, illuminated deer. This absolute attraction for the advent season was so popular that some visitors even suggested it should remain throughout the year. The team also wrapped the real trees in the passages between the 220 shops in decorative white String Lites, and a snow machine and snow globe were set up in the center of the shopping mall.

MK Illumination based the design idea on a so-called Dickensian-Style market, which also featured delightful little Christmas huts, which added an elegantly traditional look to the modern ambiance. 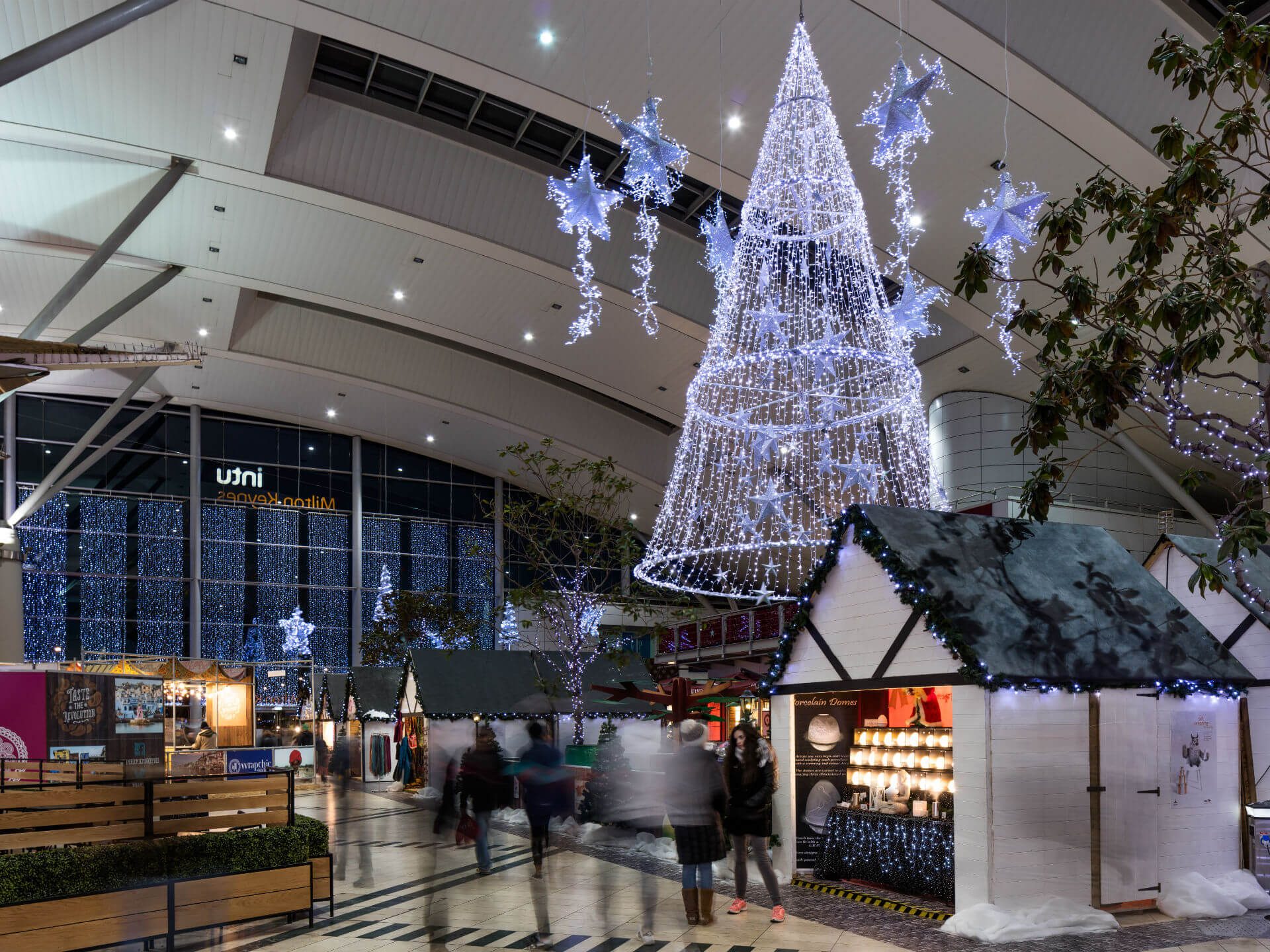 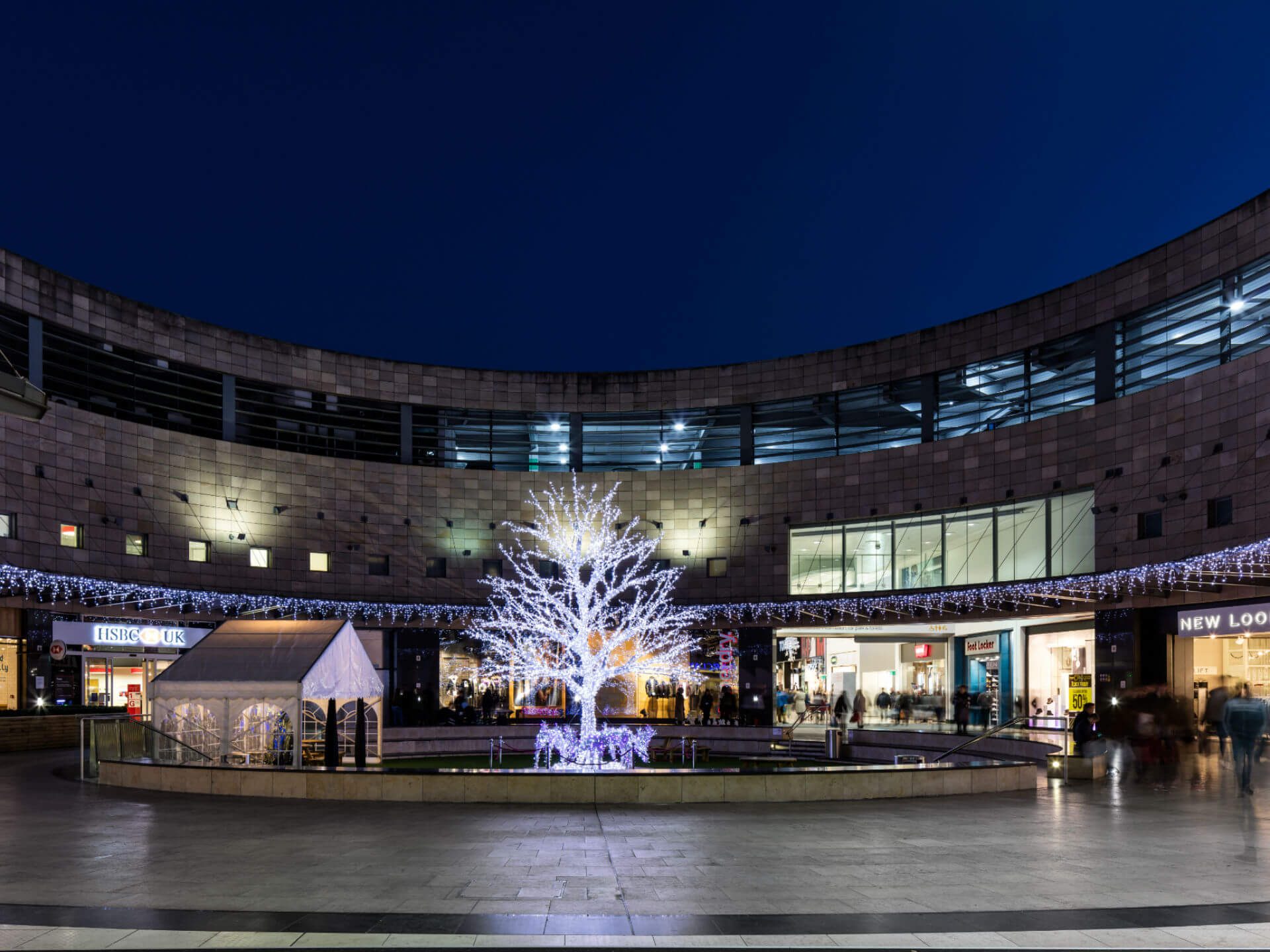