The West END Business Association of Vancouver (WestEnd BIA, Vancouver) wanted to add a feature to Vancouver’s English Bay that would attract visitors and that would tie into a story and values that would resonate with residents, too. MK Illumination Canada West came up with an idea of a whale, in recognition of the whales in the waters surrounding Vancouver. West End BIA loved the idea and commissioned Alex Urquhart and his team to translate this idea into something spectacular.

Luna was only intended to remain in English Bay for three weeks over the Christmas season in 2015, but it became such a popular attraction with visitors and locals alike that it remained there for 14 weeks, and has re-appeared each season since over a 14 week period.

You can read the full case study here. You might also be interested in Stanley the Heron, a brand new light sculpture that appeared in English Bay in 2018. 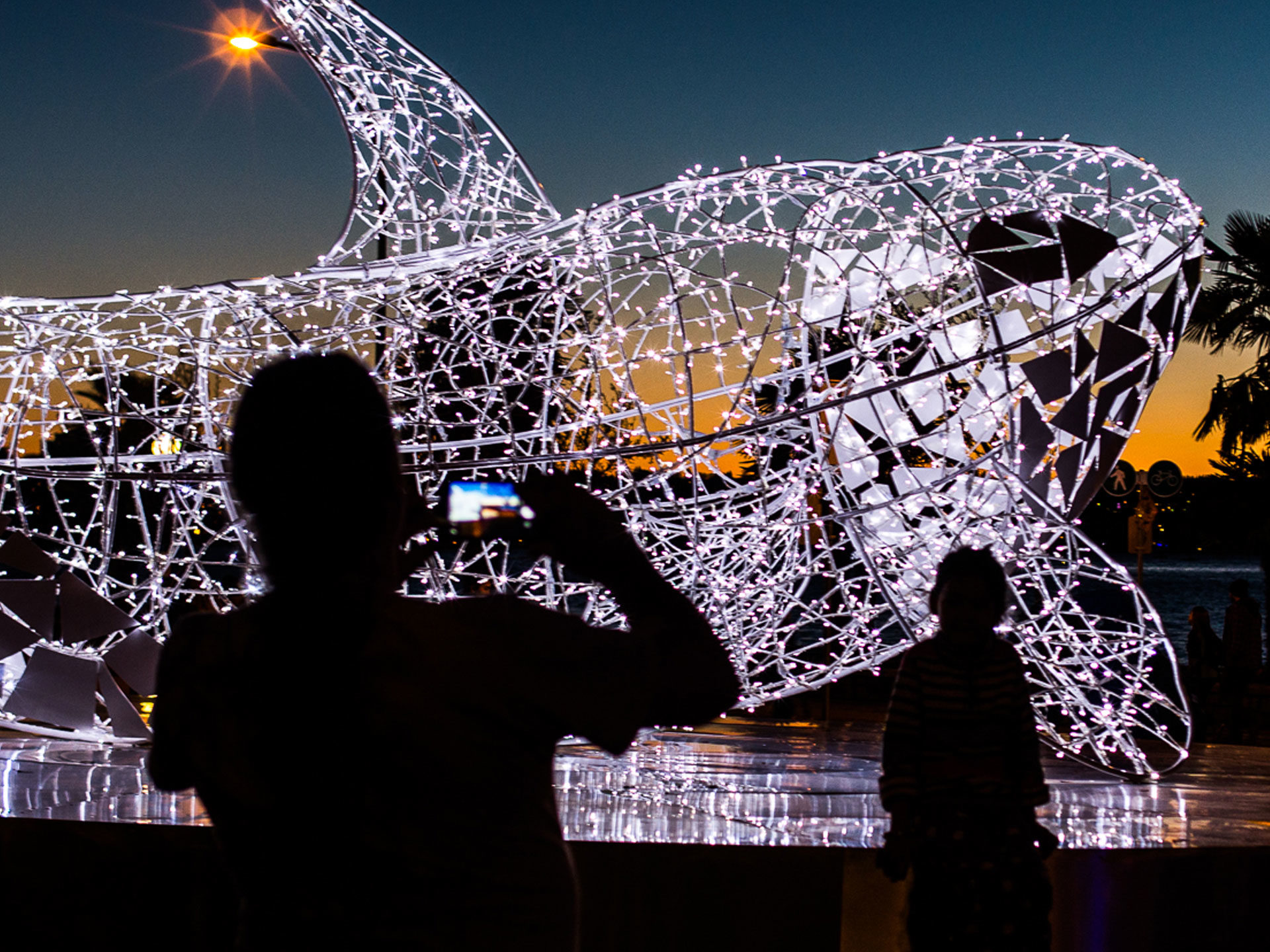 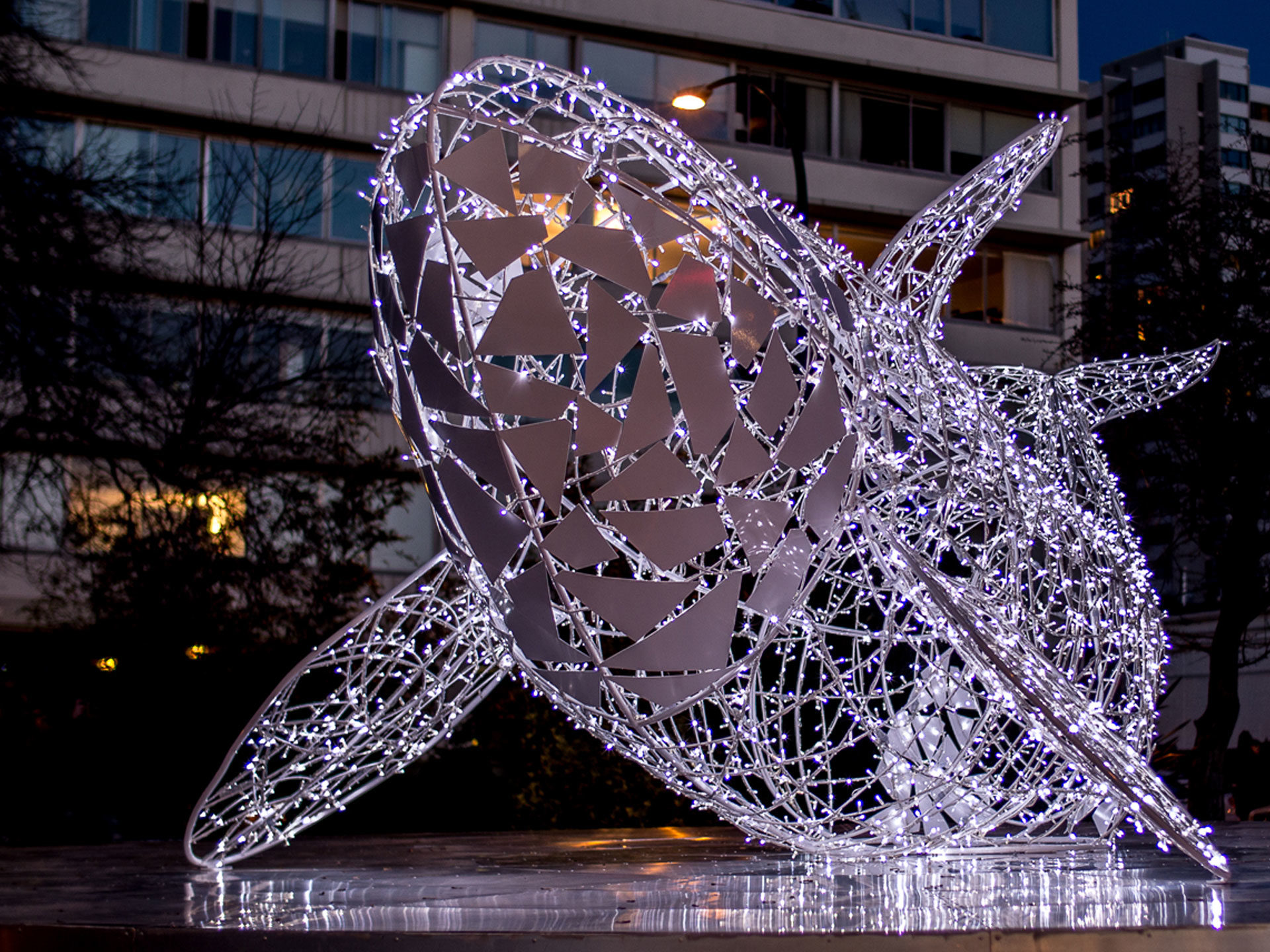 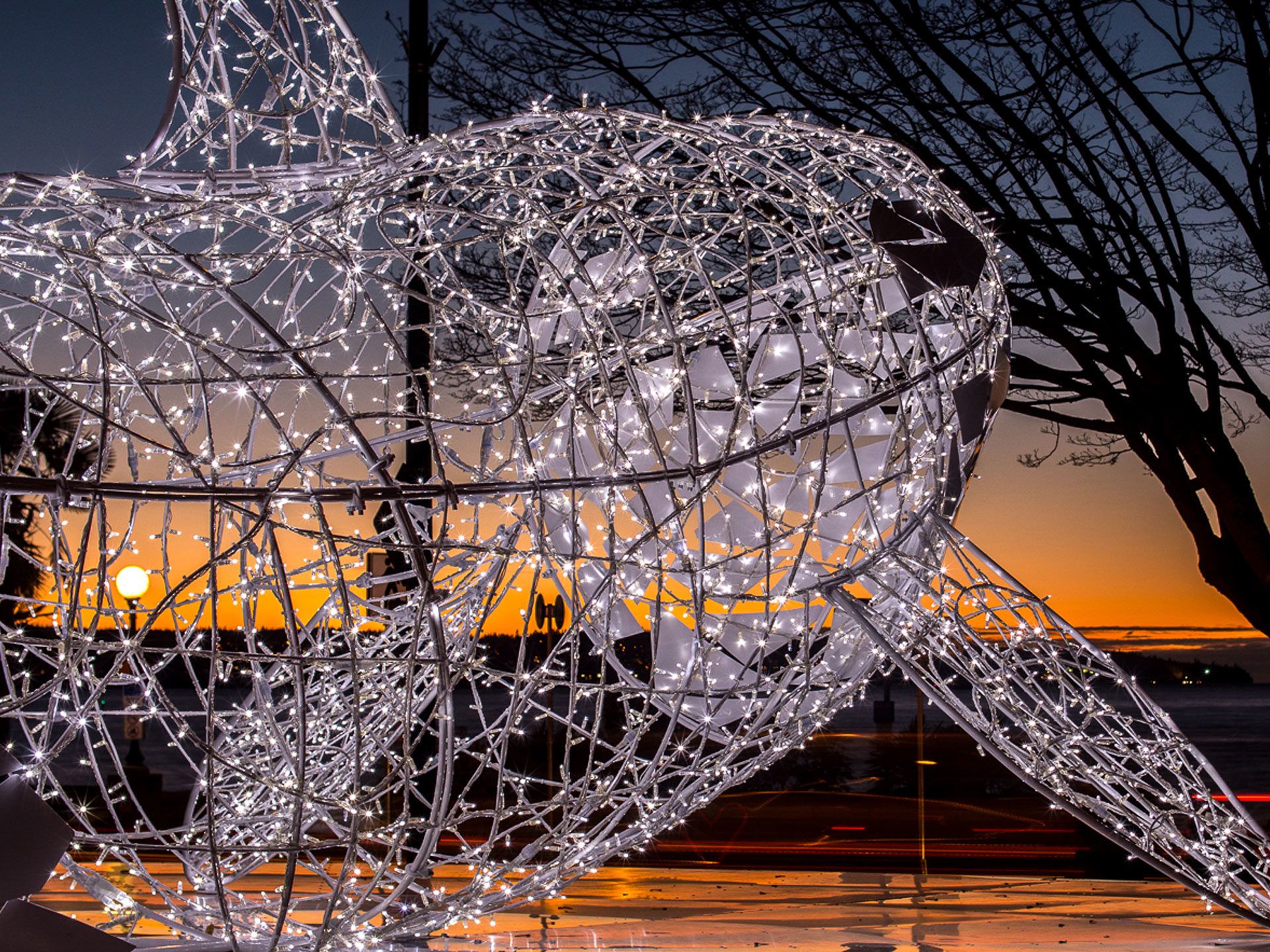 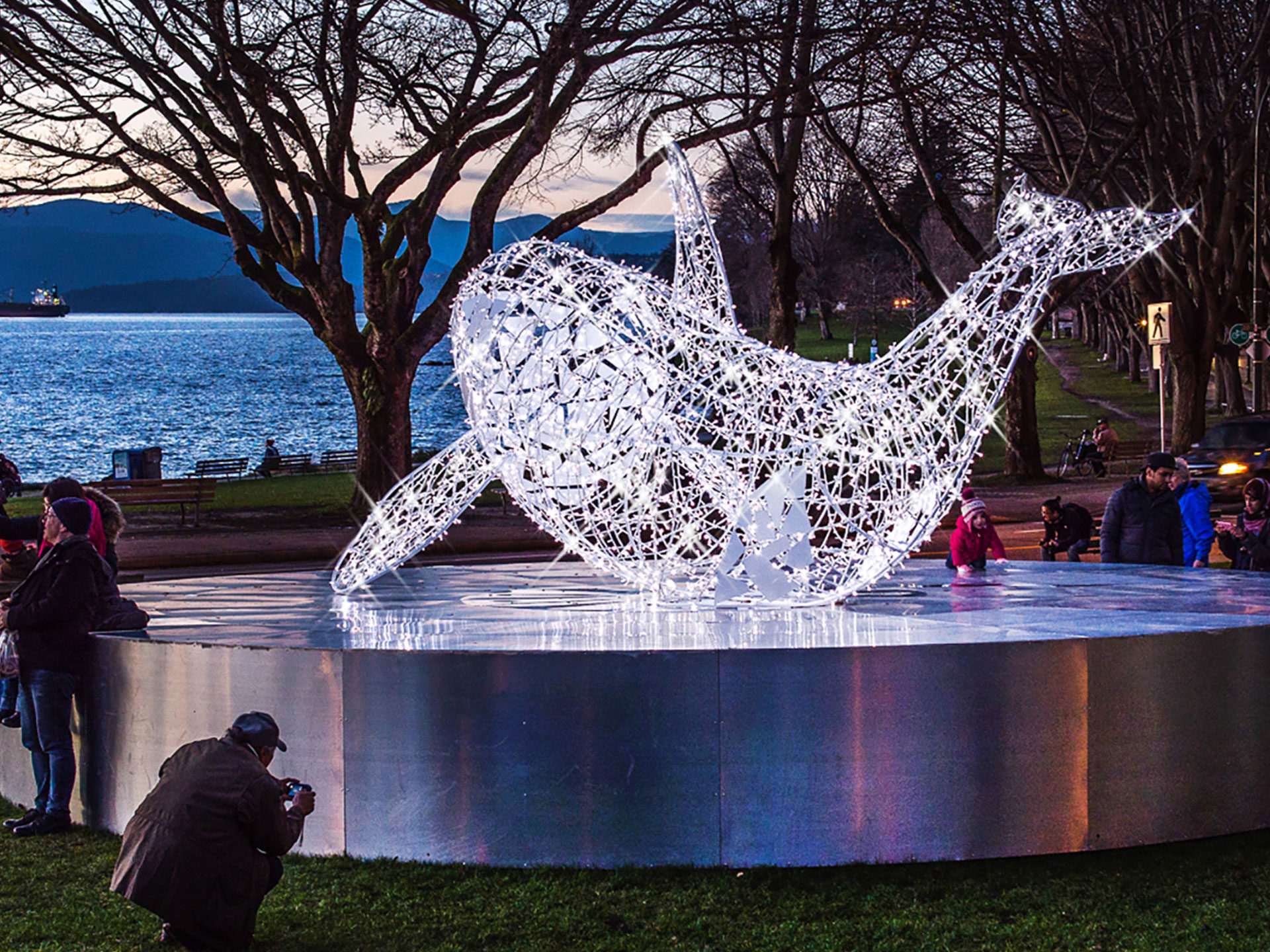