Mall of the Emirates

Mall of the Emirates dazzles with Festive Lghting

Inaugural Installation Celebrates 10th Anniversary Year. The Mall of the Emirates in Dubai, one of the most popular malls in the world, recently underwent a transformation in celebration of its tenth anniversary.  For the first time, the entire mall was decked with festive lighting supplied by MK Illumination Turkey.

The design was built upon repeated references to the number ’10’, numerous rectangular and circular numbers forming ’10′ appear in a myriad of sizes.  The concept reveled in a show of luxury and elegance, and this is expressed in the gold and silver colours, the crystals, and the reflective materials used alongside the lighting. The Mall of the Emirates is a symbol of elegance and wished to impart its appreciation for their customers’ loyalty according to the motto, ‘See Yourself in Our Eyes’. Visitors can glance at their own reflections in a mirror specially placed amongst the glittering design elements, and thus see themselves through the very eyes of the mall.

Two key attractions were designed to delight the attendees.

One, the number ‘10’ consisting of ten small circular pieces, is suspended under the main galleria amongst multiple light curtains, which shimmer like golden rain.

The second is the 10th Anniversary Chandelier in the fashion dome. Composed of 16m light chains, they also incorporate many small gold, silver and white materials alongside crystals and large frames. The project, commissioned by Majid Al Futtaim, was quite an undertaking. The Mall of the Emirates is second only to the Dubai Mall in size, but has the distinction of being the most prestigious. It was necessary to reflect this status in the quality of the design; the mall’s visitors would demand nothing less. In this, MK Illumination has succeeded with an eye-catching yet subtly sophisticated design, perfect for this once in a lifetime event. 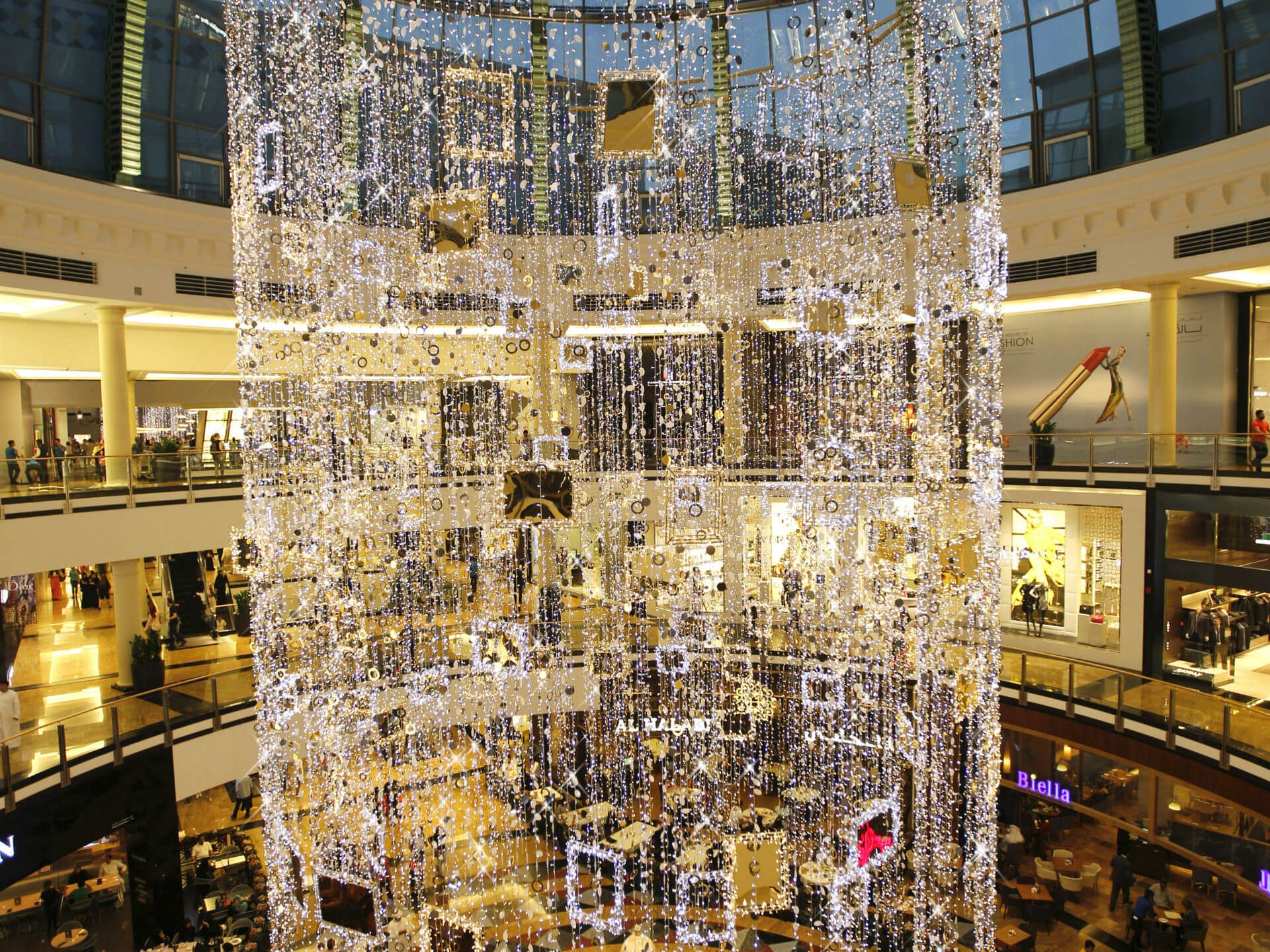 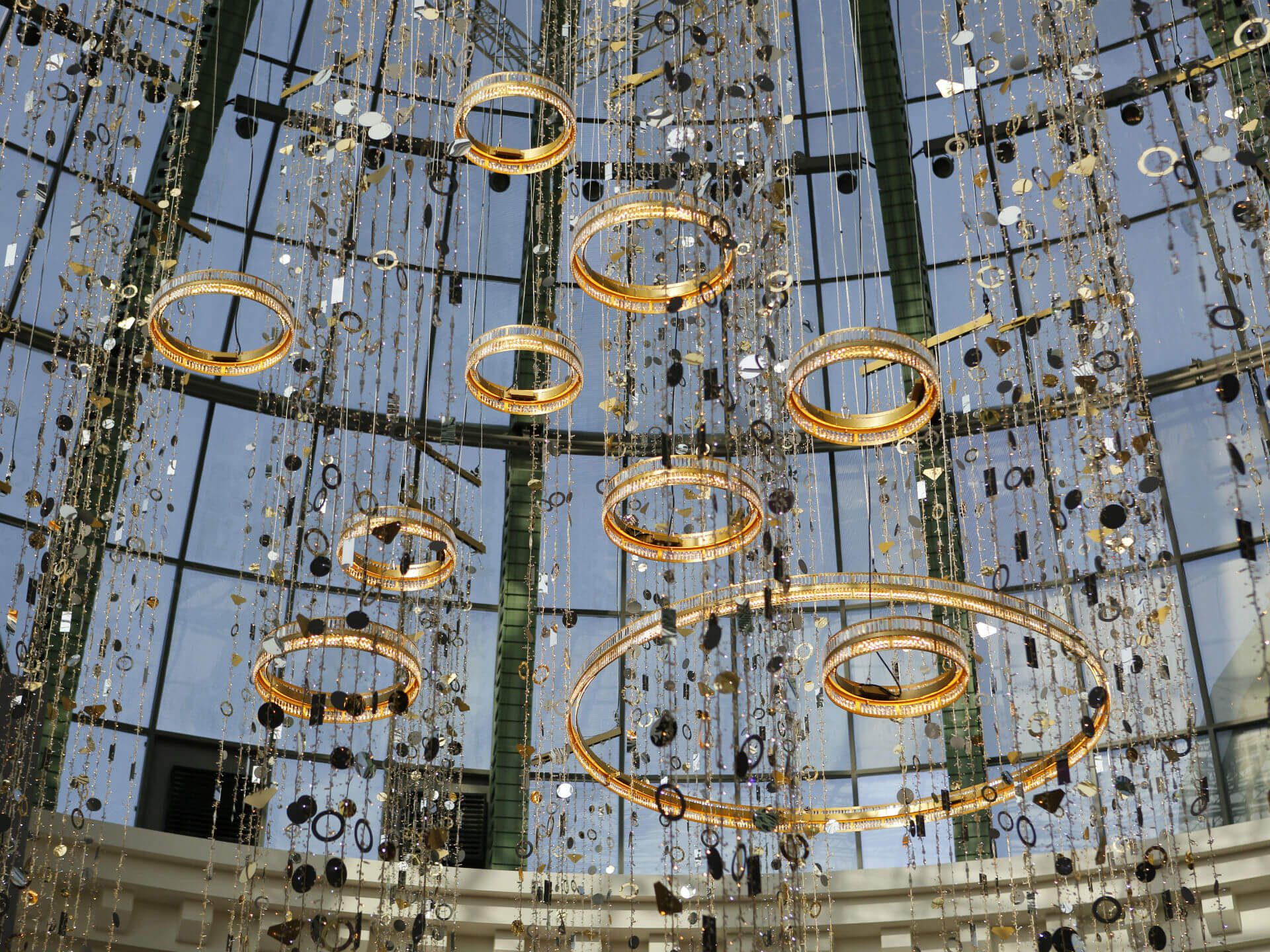 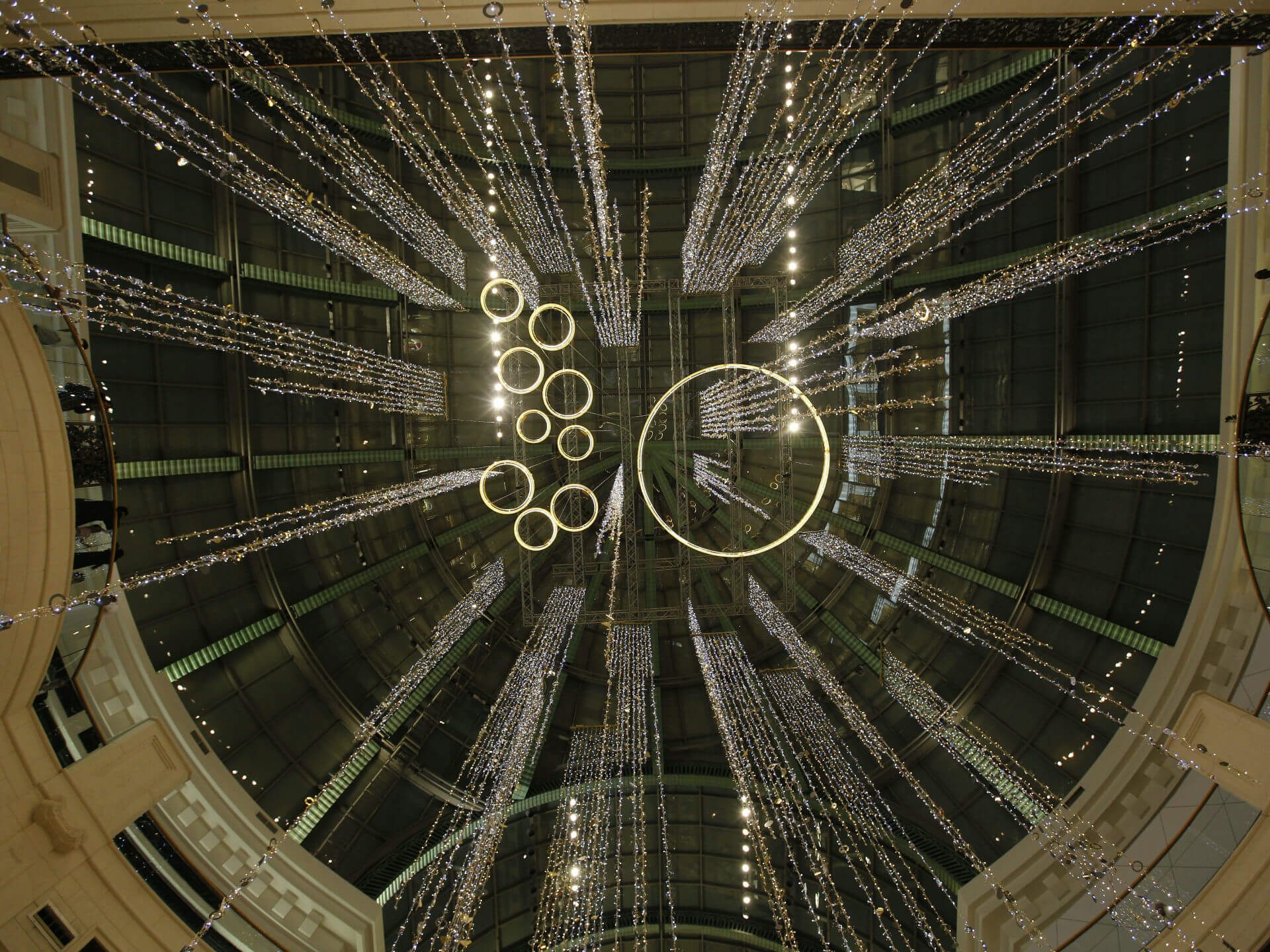