The Golden 20’s as a Light Spectacle

Almost two million annual visitors to Phantasialand Brühl not only ensure it is Germany’s most popular leisure park but also number 15 in Europe. The “Berlin in the 1920s” Christmas lighting in the theme park therefore had to be an entirely unique, public draw card.

The idea was to combine warm white light colors with modern brilliant white, with the two versions alternatively mixed and dimmed to reference the golden years of the 1920s. The two light elements for the nightly “Magic Rose – Spirit of Light” also formed the basis of a spectacular, glittering audio-synchronized light show.

Over a kilometer of sparkling garlands with special flashing LEDs decorated the historic streets and flowerbeds. More than 70,000 lights illuminated the facades and windows of the theme park. They beautifully decorated the columns of the original carousel and were draped across the filigree arches that spanned the streets. An illuminated sky of 45,000 points of light over the entire display recreated a breathtaking setting with a ‘20s Berlin’ flavor. 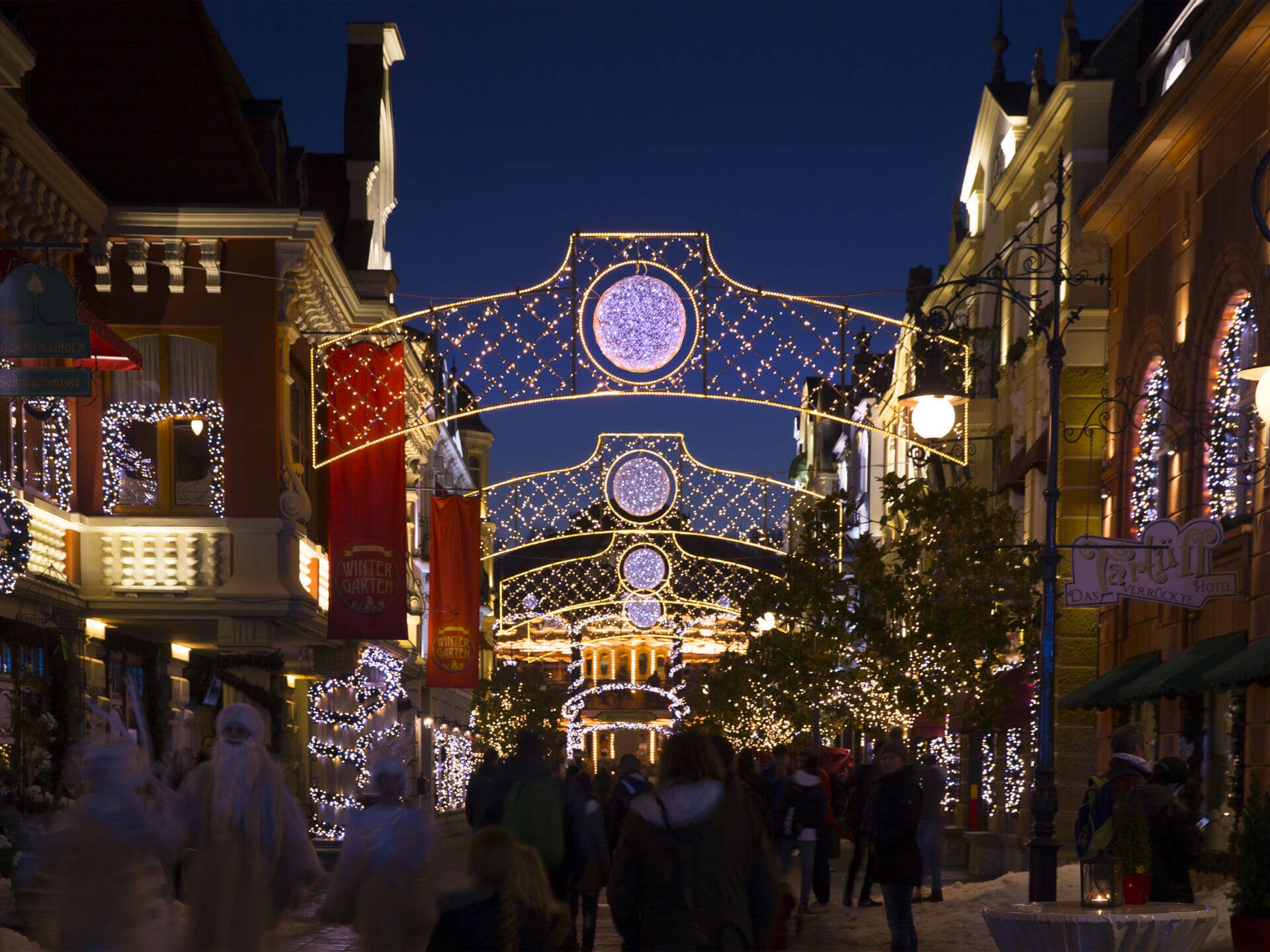 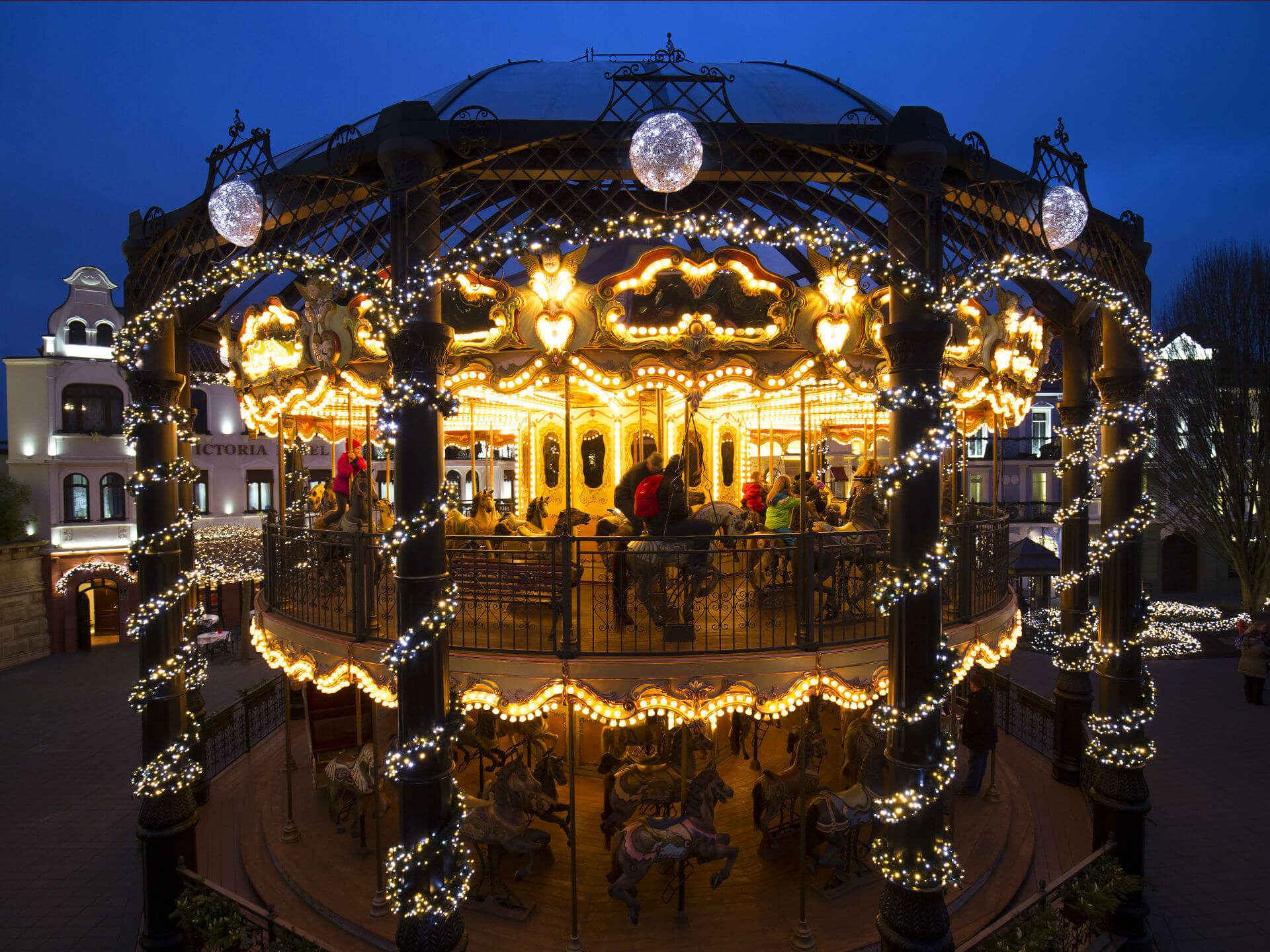 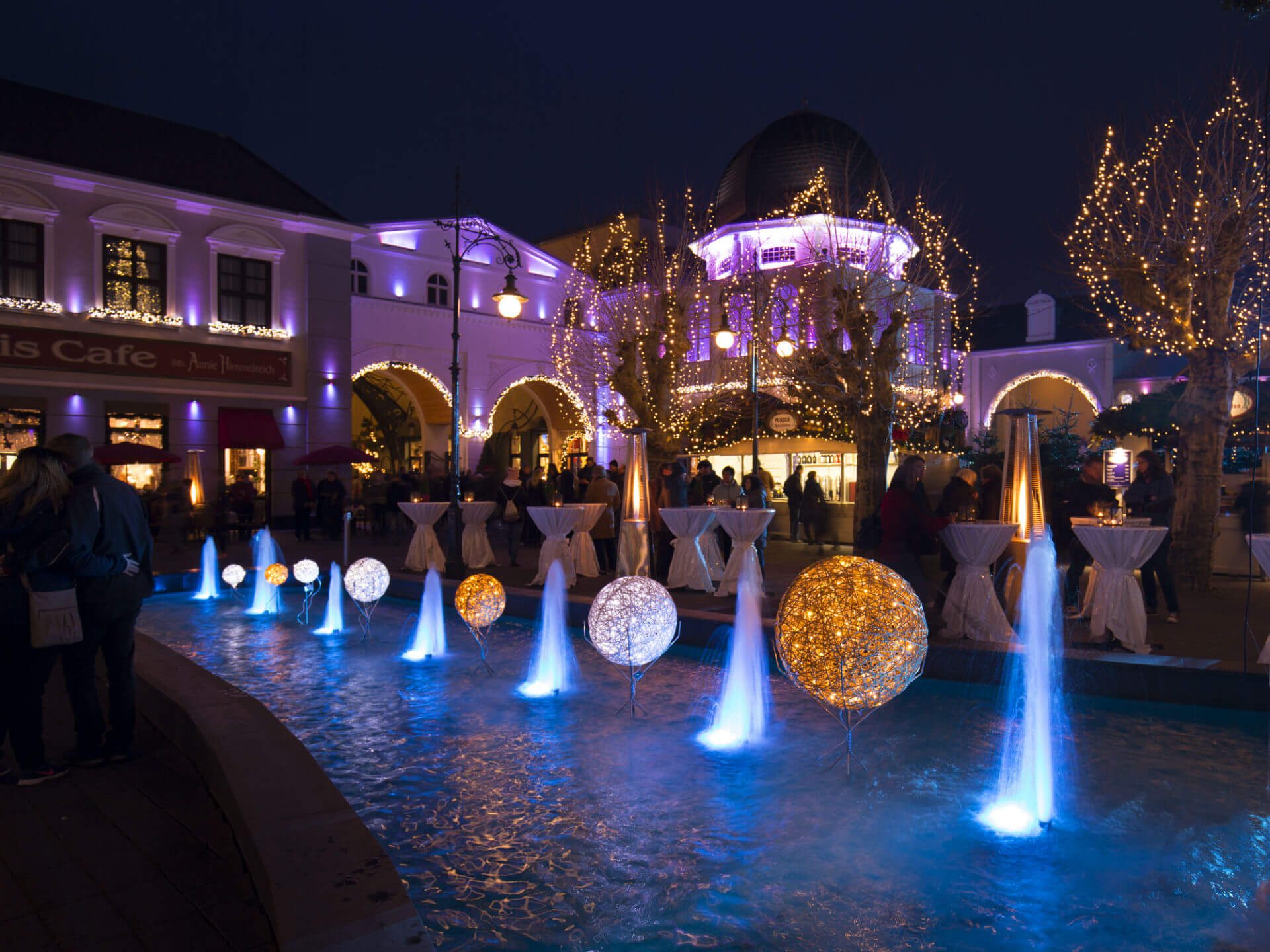