The original plan was for MK Illumination to decorate three trees in the hall’s garden, however the age and fragility of the trees prevented this.

After some thought, an alternative design was suggested, and the garden was instead filled with large 3D light sculptures of hummingbirds and flowers, which fit perfectly into the theme of “nature” chosen for the event.

The light artworks proved a popular attraction and were featured in the local press throughout the festival. 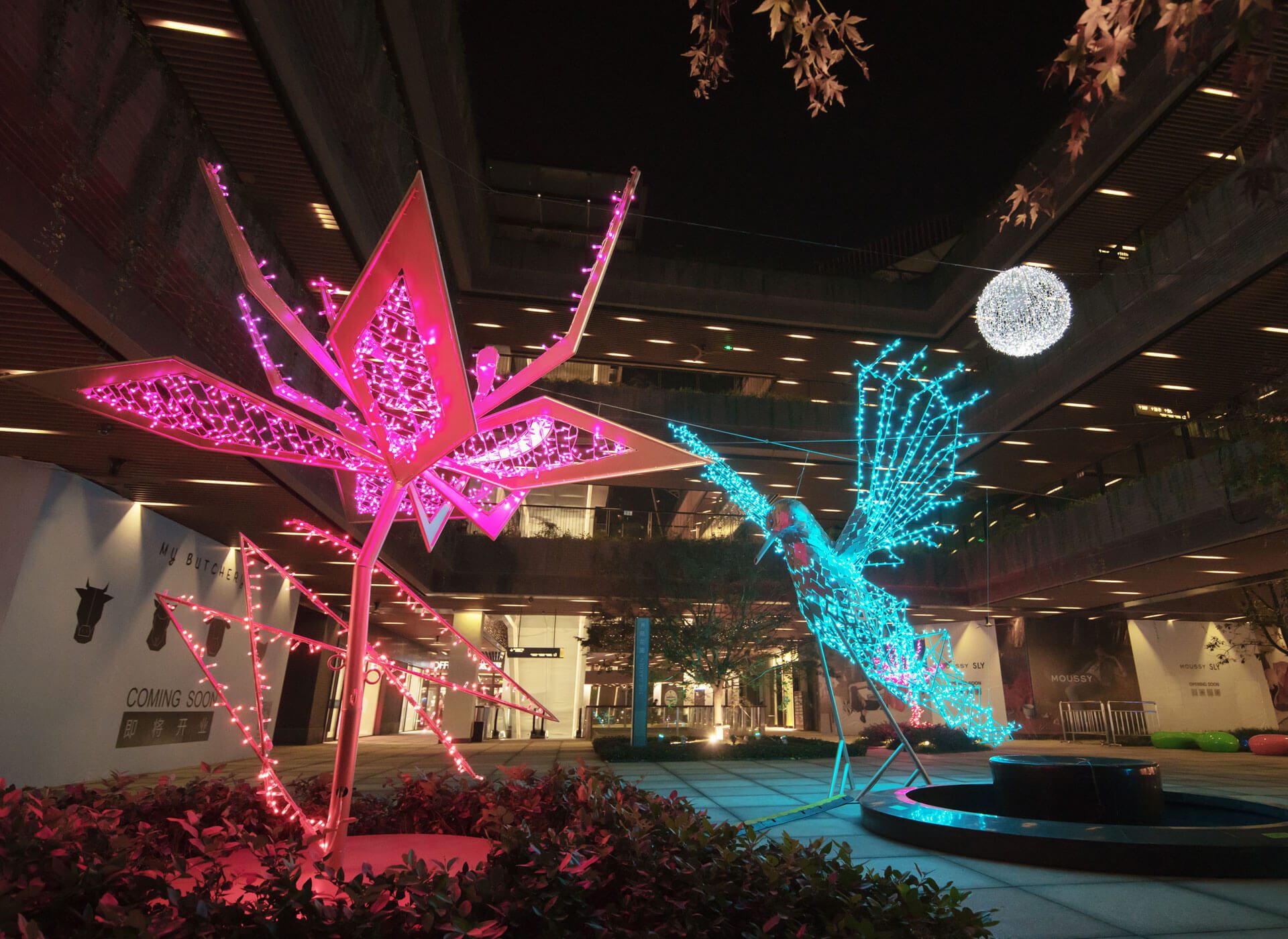 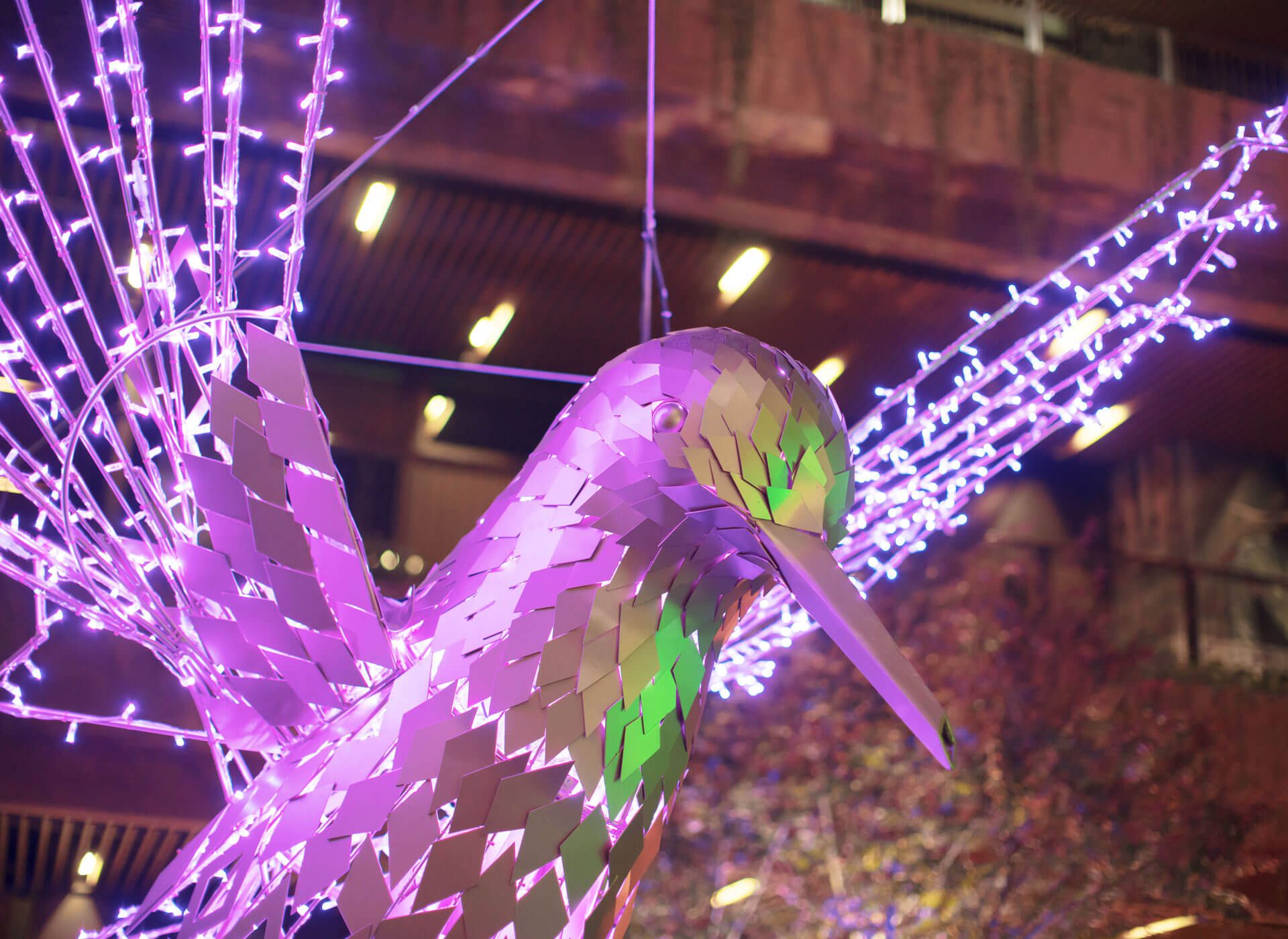 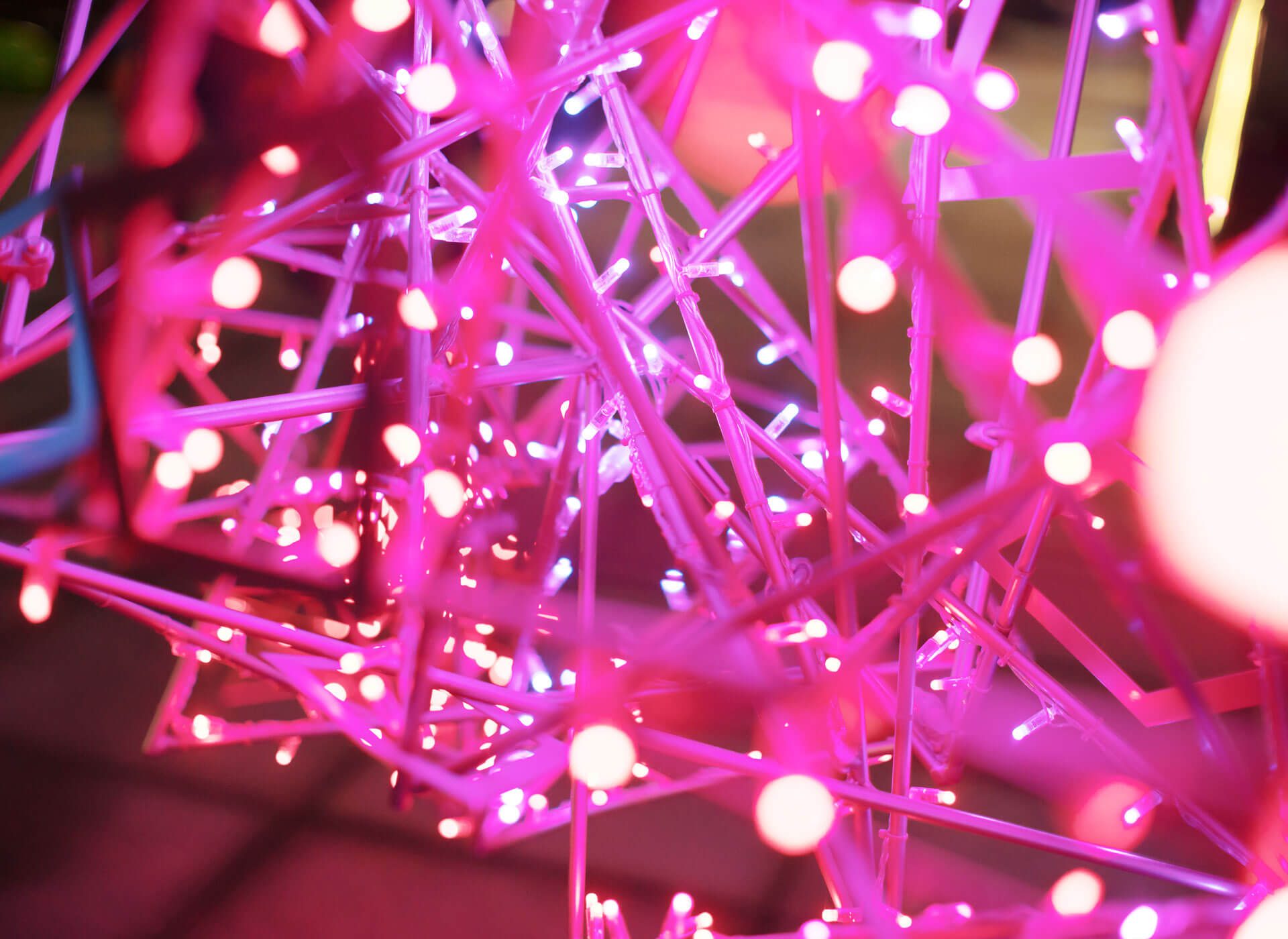