In 2018, Luna the Whale was joined by a new friend at the opening of Lumiere Vancouver: a blue heron named Stanley.

The heron’s name comes from Stanley Park, which is home to one of the largest urban Great Blue Heron colonies in North America. These majestic birds have been nesting in various locations in Stanley Park as far back as 1921! 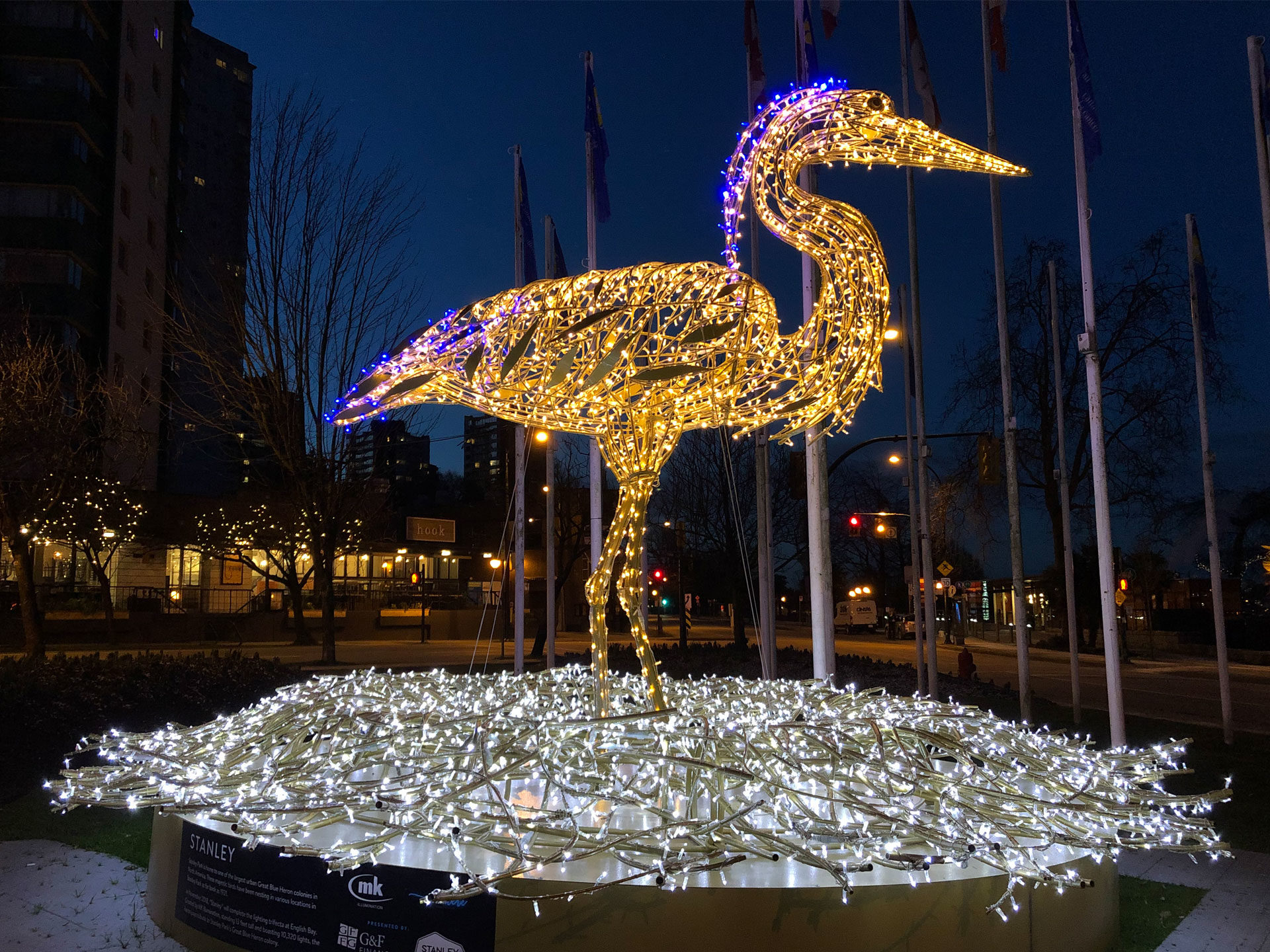 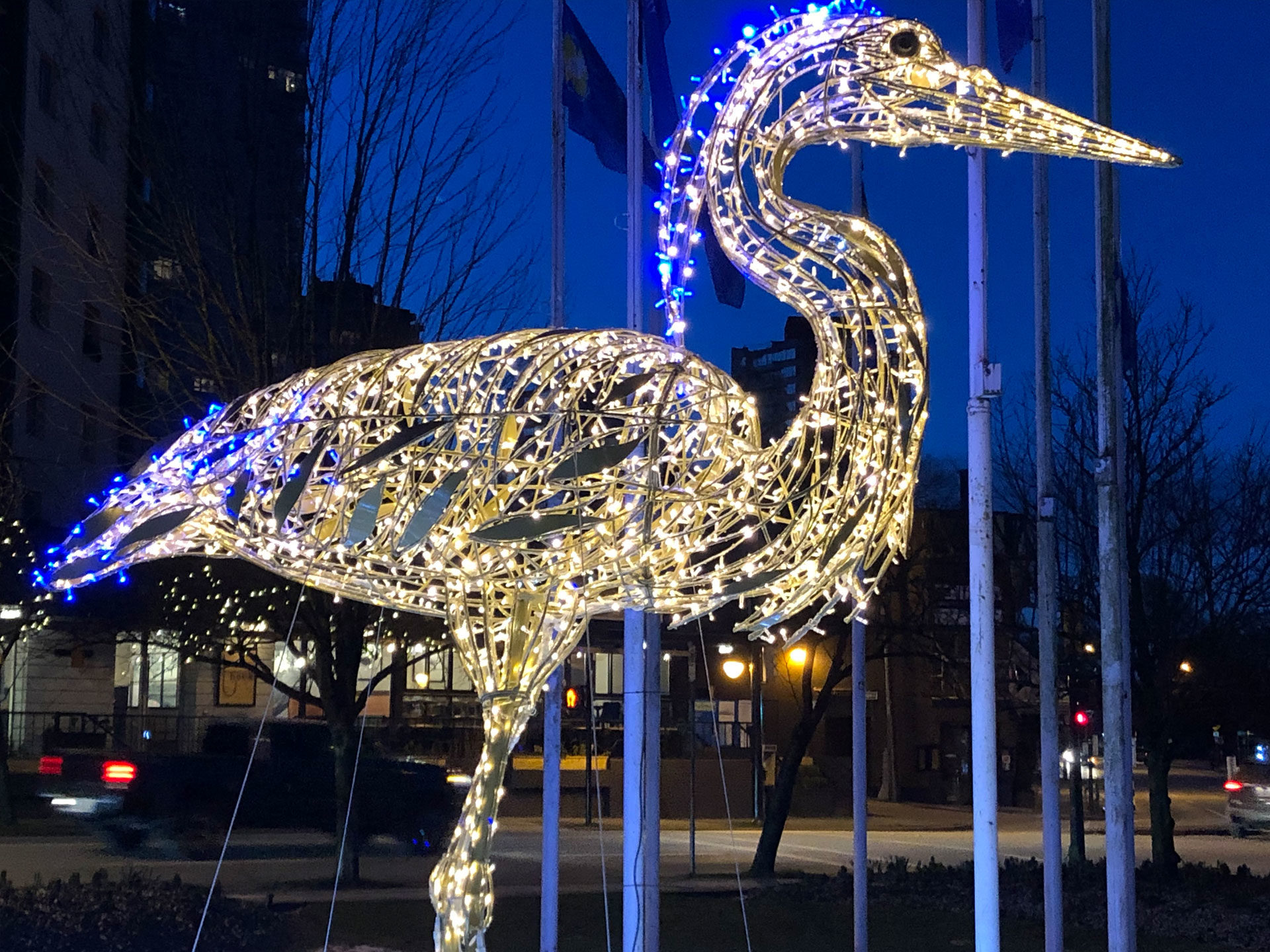 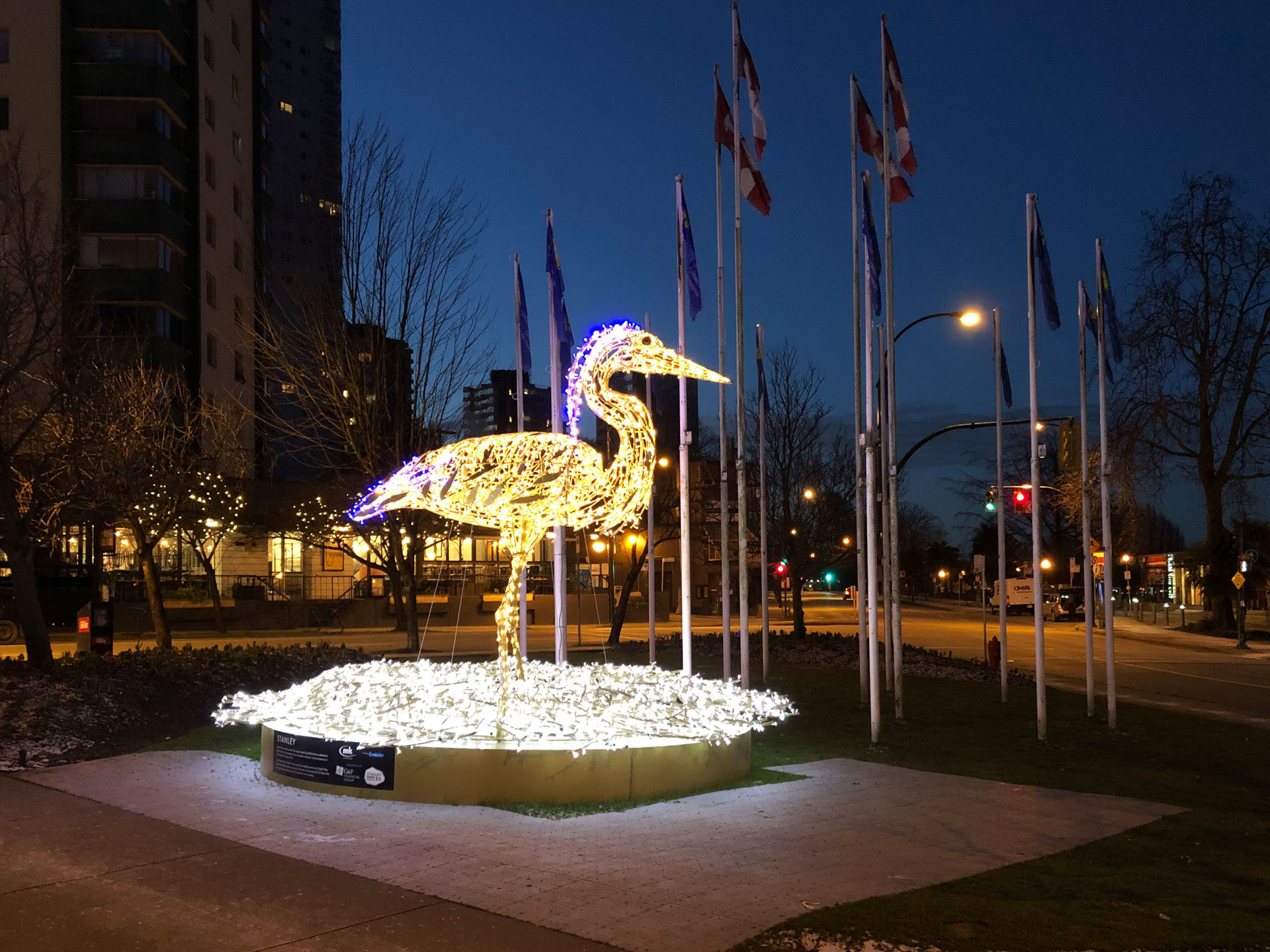