The “Tampereen Valoviikot” (Tampere Festival of Light) is a tradition in Finland going back half a century and MK Illumination Baltic was charged with designing and providing daylight visuals in the form of aluminum cutouts of our special motives. The results also paid tribute to nature: the motifs for the street decorations featured large dimension horses, birds, foxes forests and owls, and for the smaller pole decorations they were owls, twigs, hedgehogs and oak leaves. MK Illumination Baltic also supplied a total of 567 white organic balls. 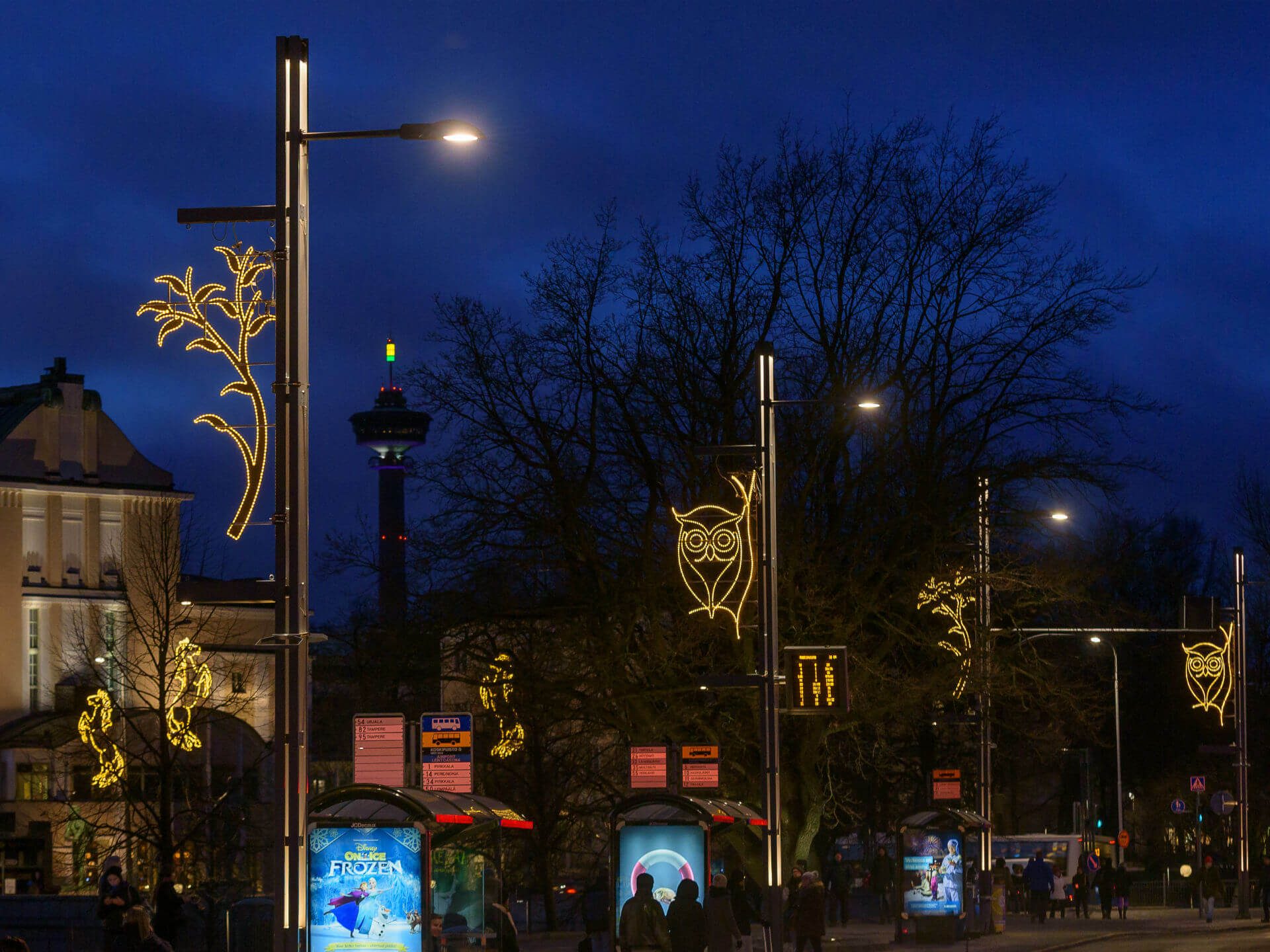 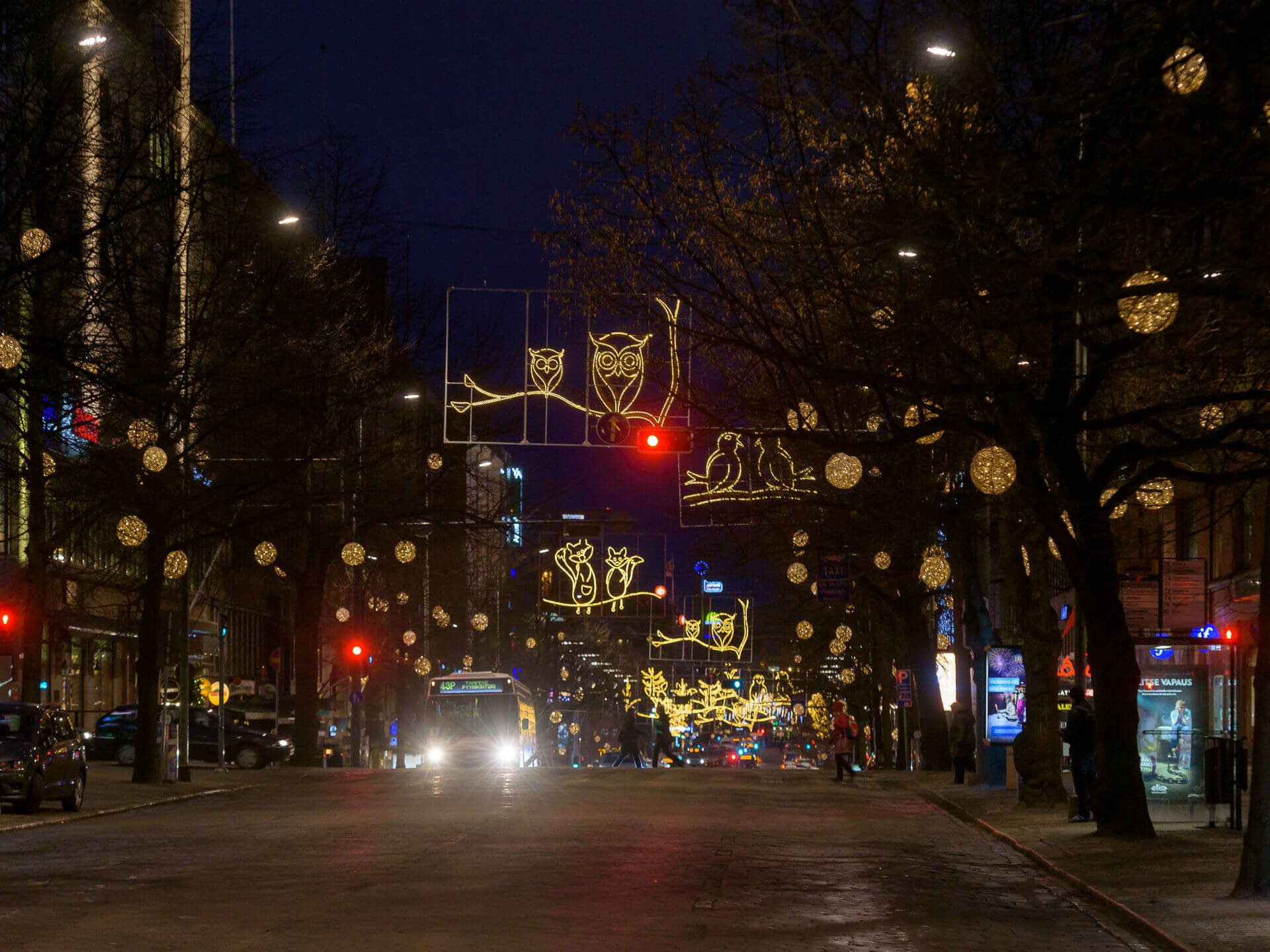 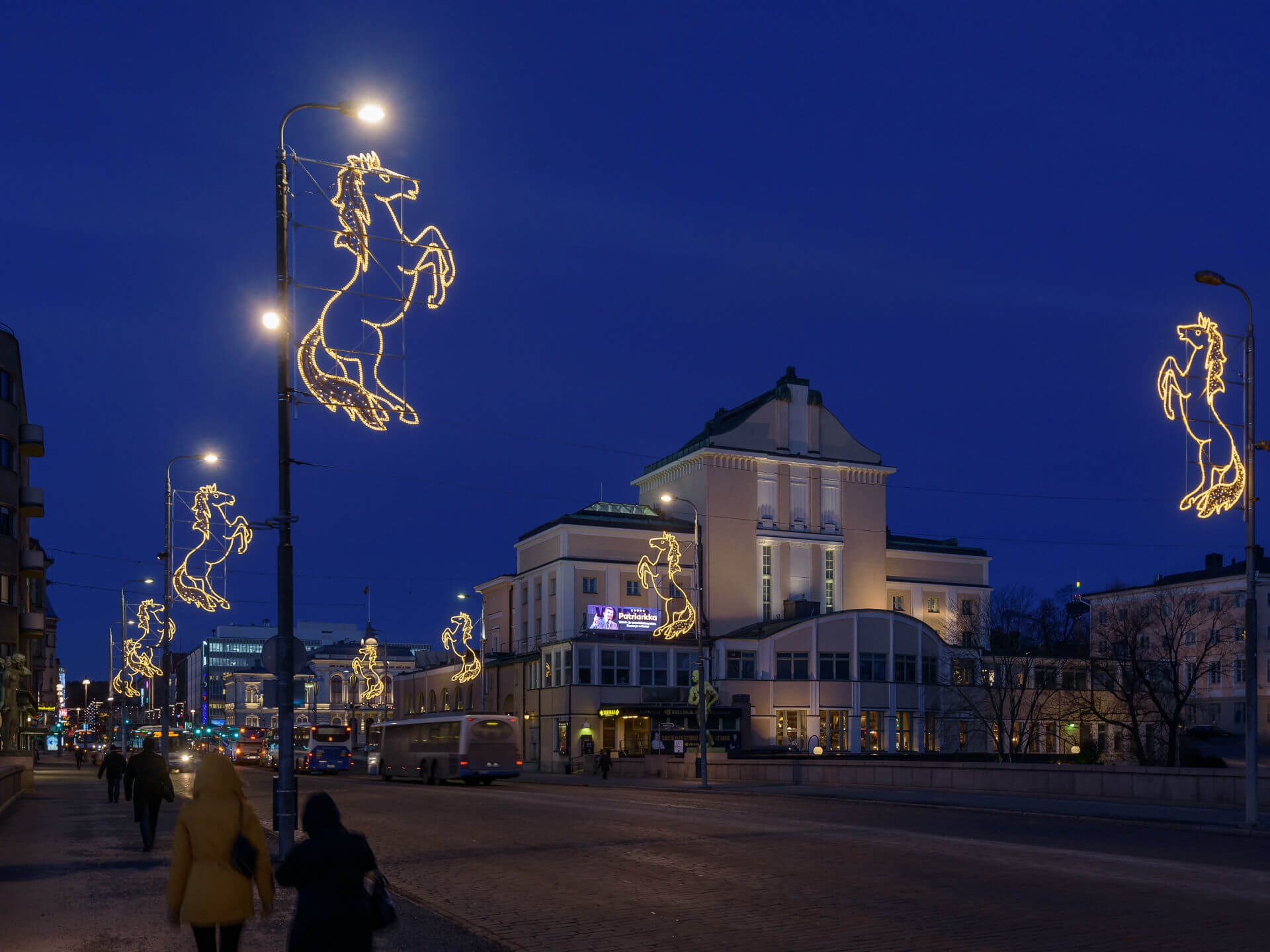