Once upon a time there was a lady elephant called Tuffi who, back in 1950, fell into the Wupper River, leaving behind only the story of her sad demise and equally sad reputation. So, because elephants tug at heartstrings all over the world, MK Illumination designed a monument for Tuffi – as a wintery lighting figure for the old market of Barmen in Wuppertal. Mayor Hans-Hermann Lücke promptly earned a huge round of applause as he turned on the lights on the six metre high Tuffi figure in a festive atmosphere and in doing so created a highly popular photo motif for visitors. Tuffi, the lady elephant, was the distinct beginning of a light chain that, in the dark winter months, stretched right up to the illuminated Kugelbrunnen at the end of the shopping mile of Werth. More than 10,000 LED points of light were installed in the glittering band in Barmen. 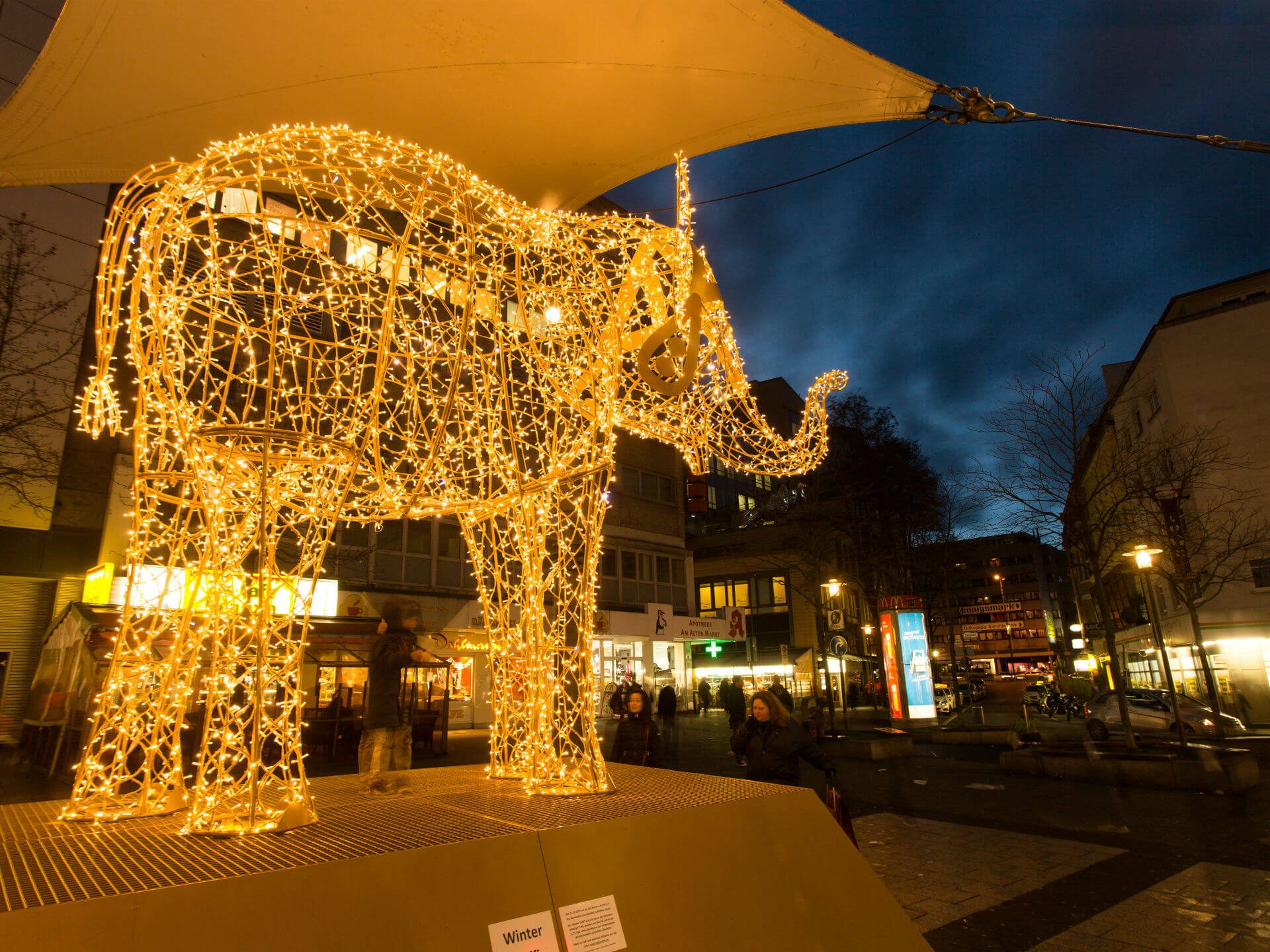 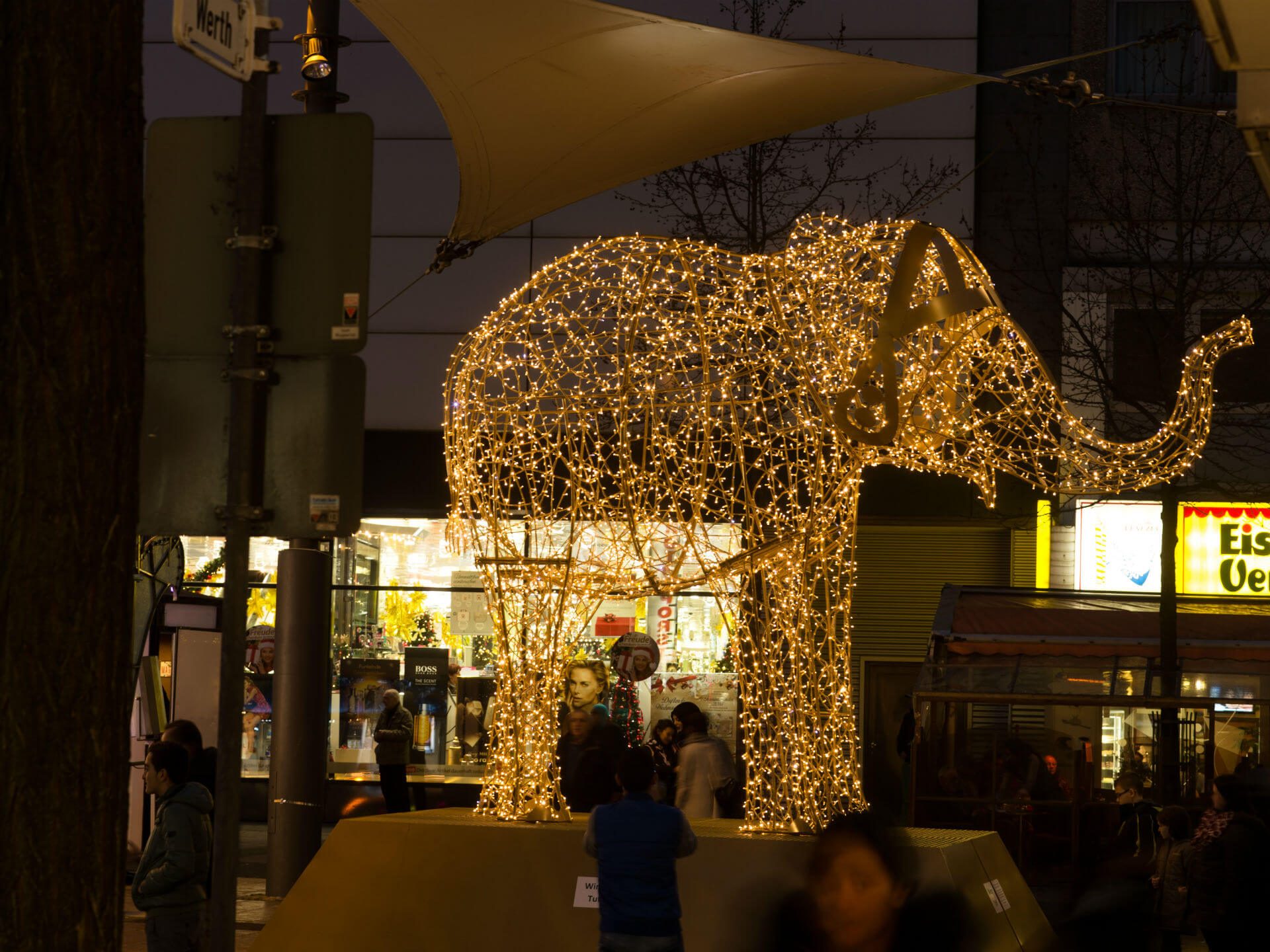 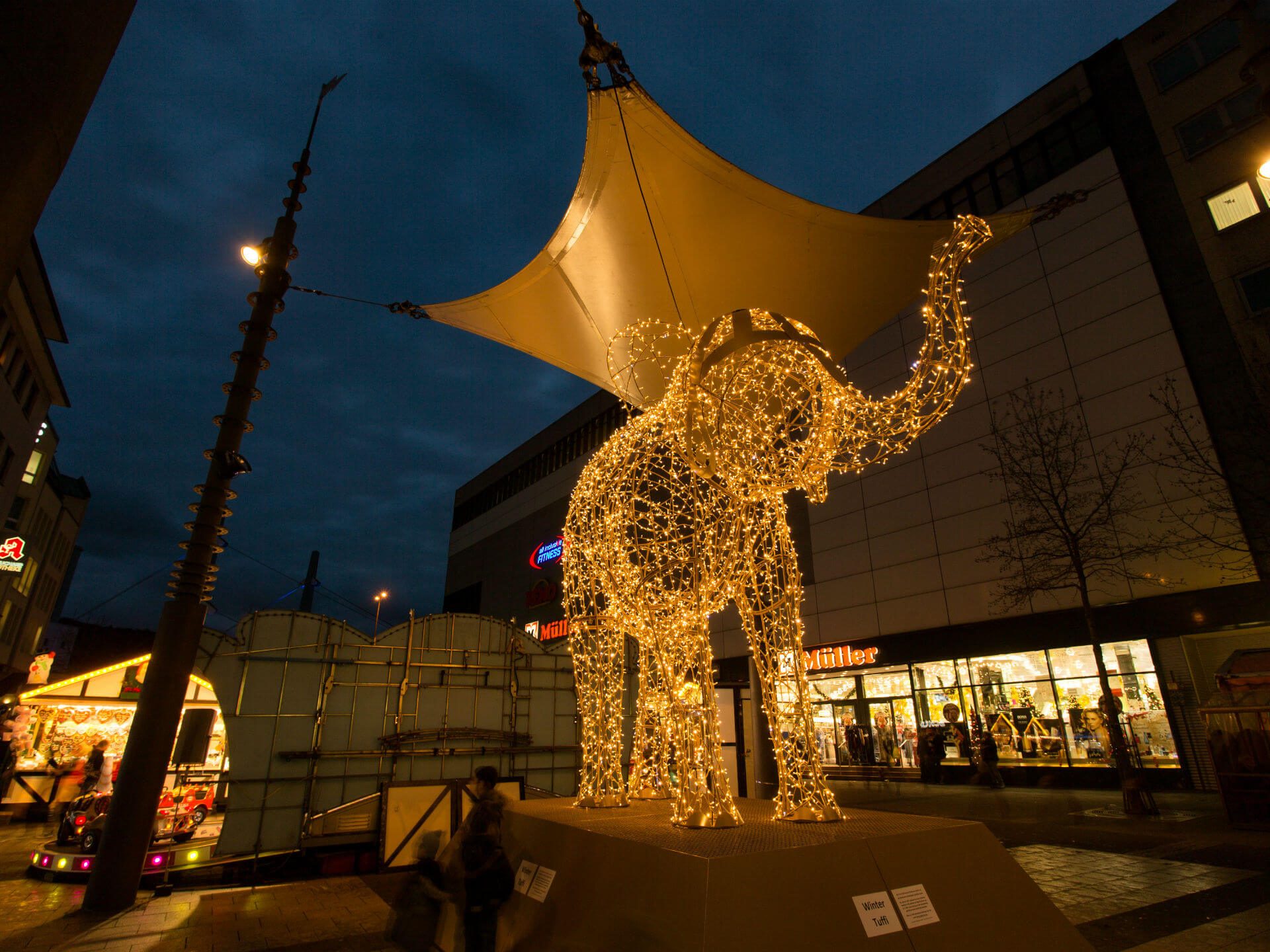