The historical roots of ‘Leinenweberei’, the textile art from Ried im Innkreis, date back to the 18th century, and are the reason behind the Weberzeile shopping mall name. For the 2015 Christmas decorations, MK Illumination adopted this beautiful reference as the jewelry motif for illuminated design objects and created impressive handmade knitted covers for the glittering lights.  The organic forms of our Arundo reeds from the original knitted fabrics of the region were adapted to the architecture of Weberzeile, and provided a completely harmonious atmosphere with its warm White light. The suitably festive decoration on the facade and over the entrance was part of MK Illumination’s totally integrated concept and transformed Weberzeile into an attractive destination point. 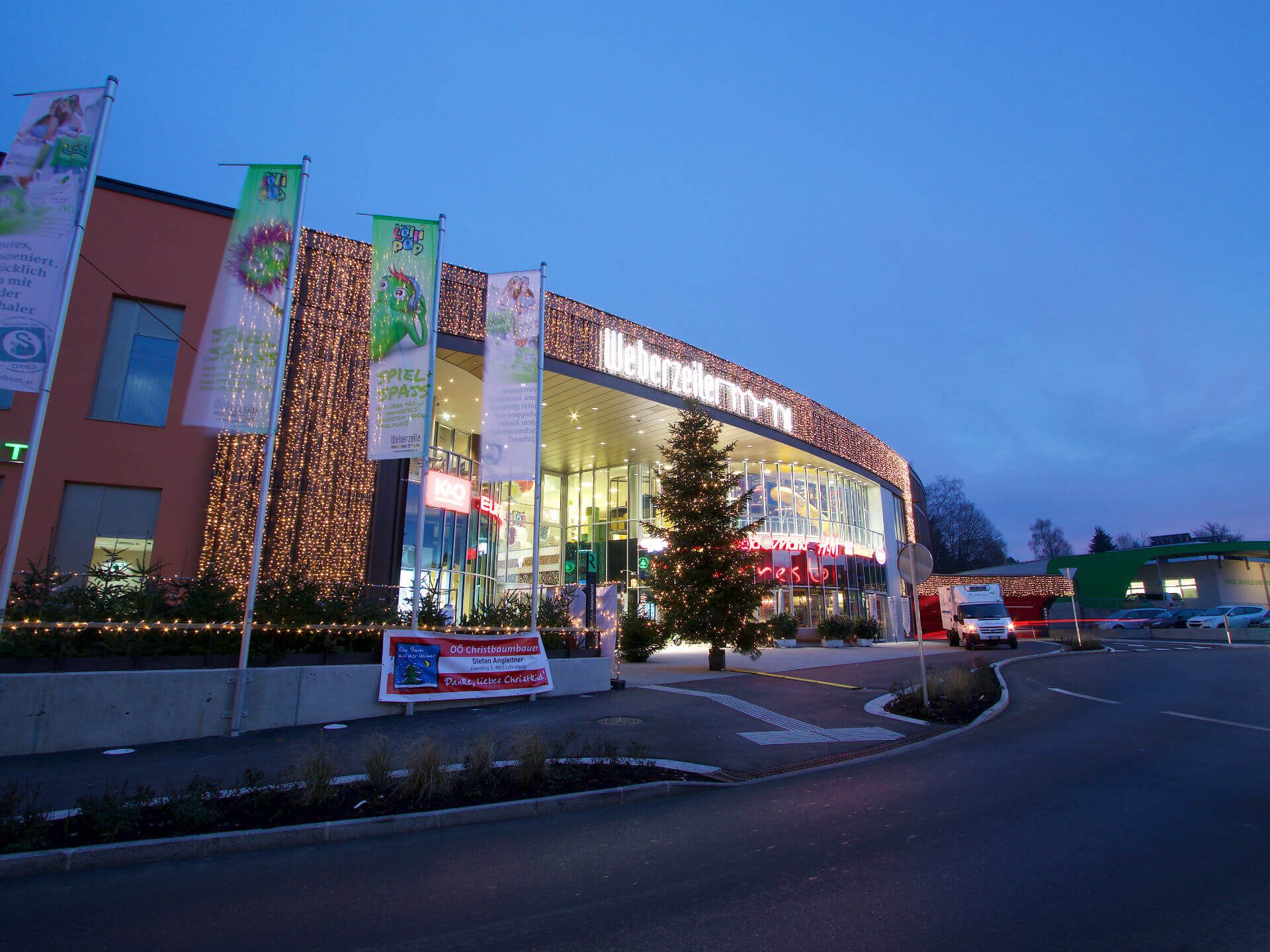 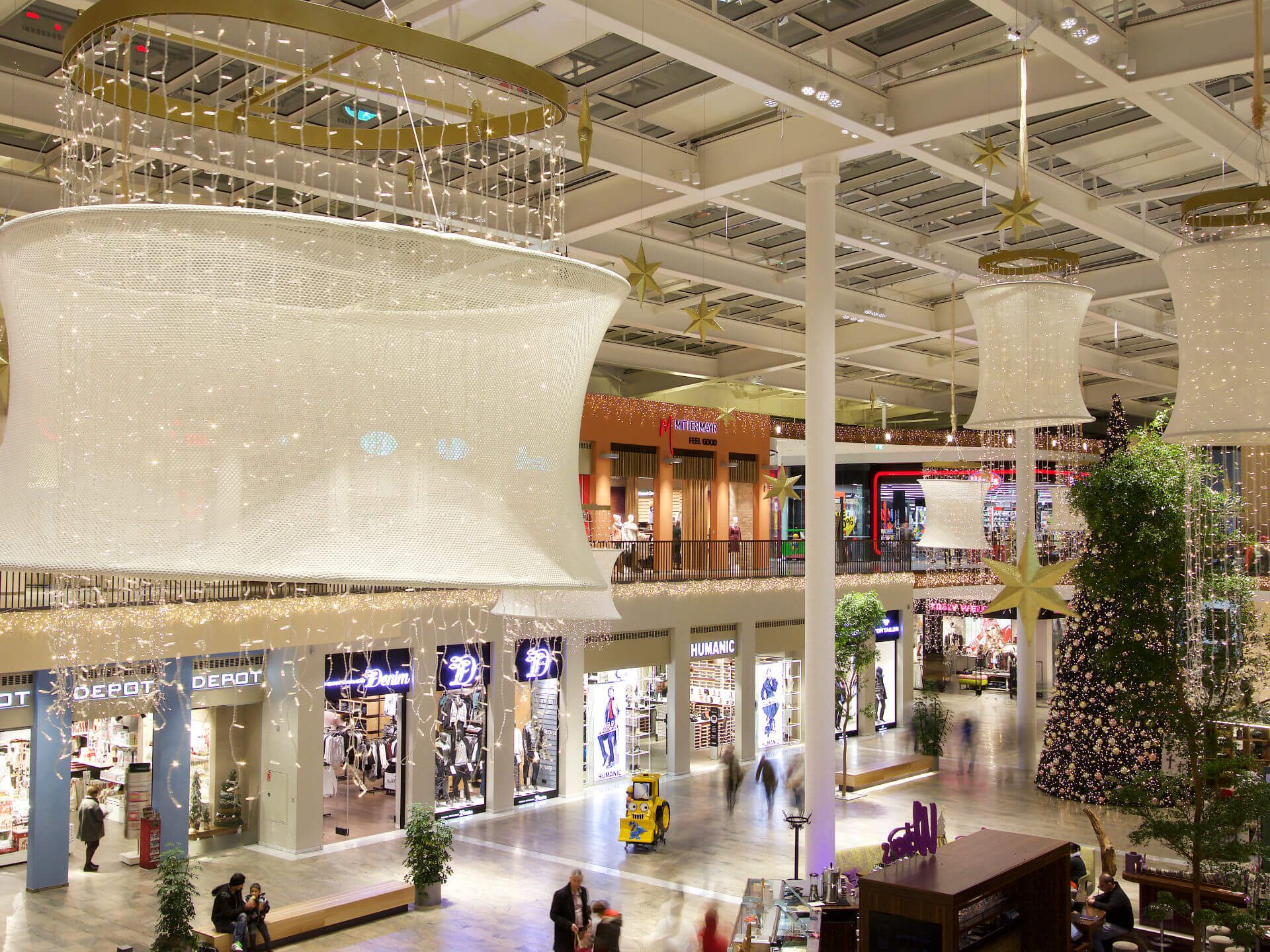 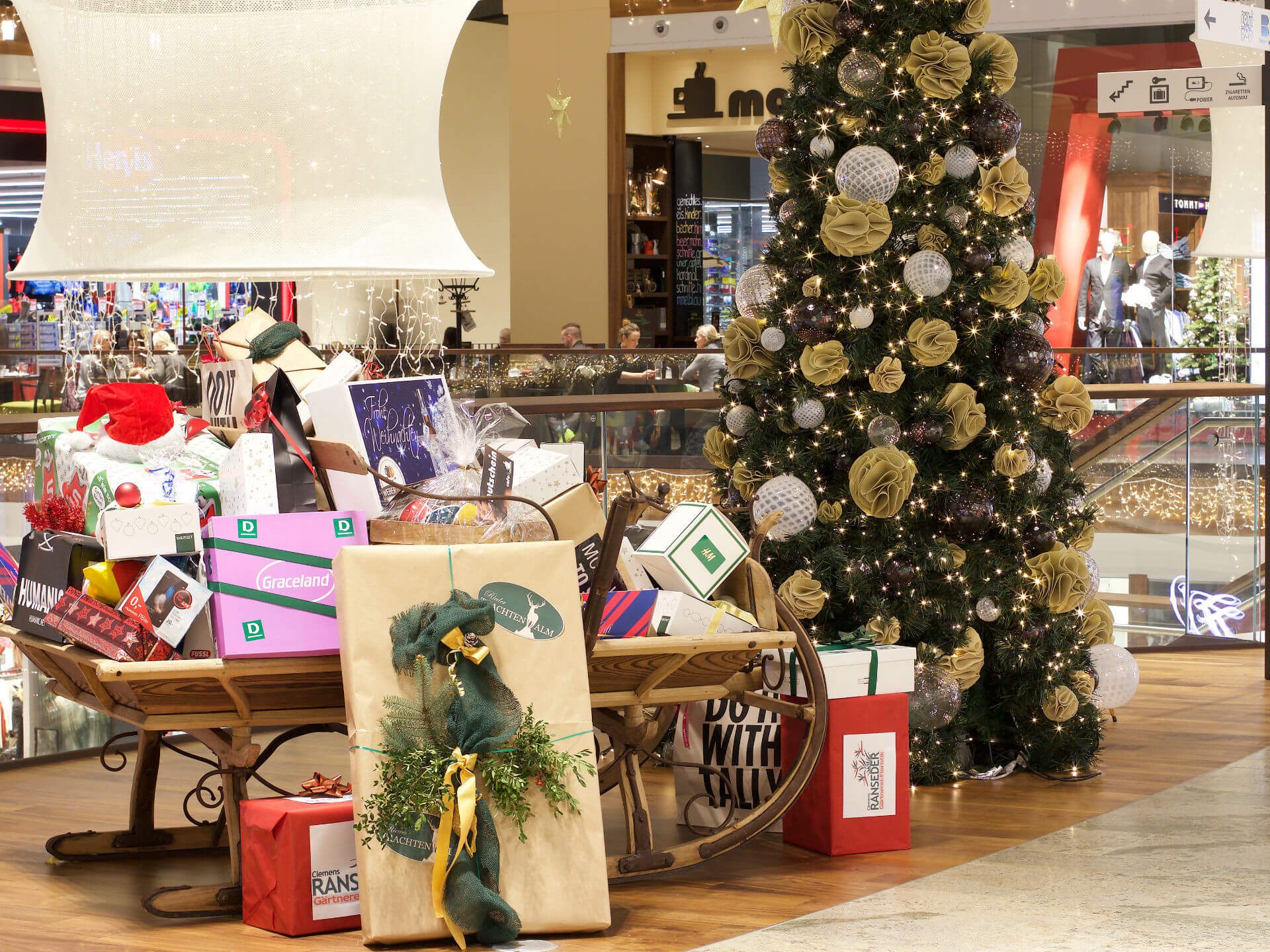