Leiden has been a major center of learning since 1575, and is home to Leiden University and Leiden University Medical Center.  Its rich cultural heritage also has its roots in the arts, and one of the city’s many claims to fame is that Rembrandt himself was a local.

When the city wanted to use light to transform 3km of shopping streets in the city, MK Illumination helped Leiden find a consistent theme that included one uniting motif / design and then apply that throughout the main streets and side roads. The result was consistent, pleasing experience, and thanks to the different colors and sizes of motifs, one that was visually interesting, too. The organic balls used in the final concept included the city’s logo, creating a sense of place as they floated high above the streets. The canal wasn’t excluded from the concept either – natural trees were decorated with strings of light lined the banks and additional light-filled trees framed an ice rink floating on the canal, creating a truly magical atmosphere. 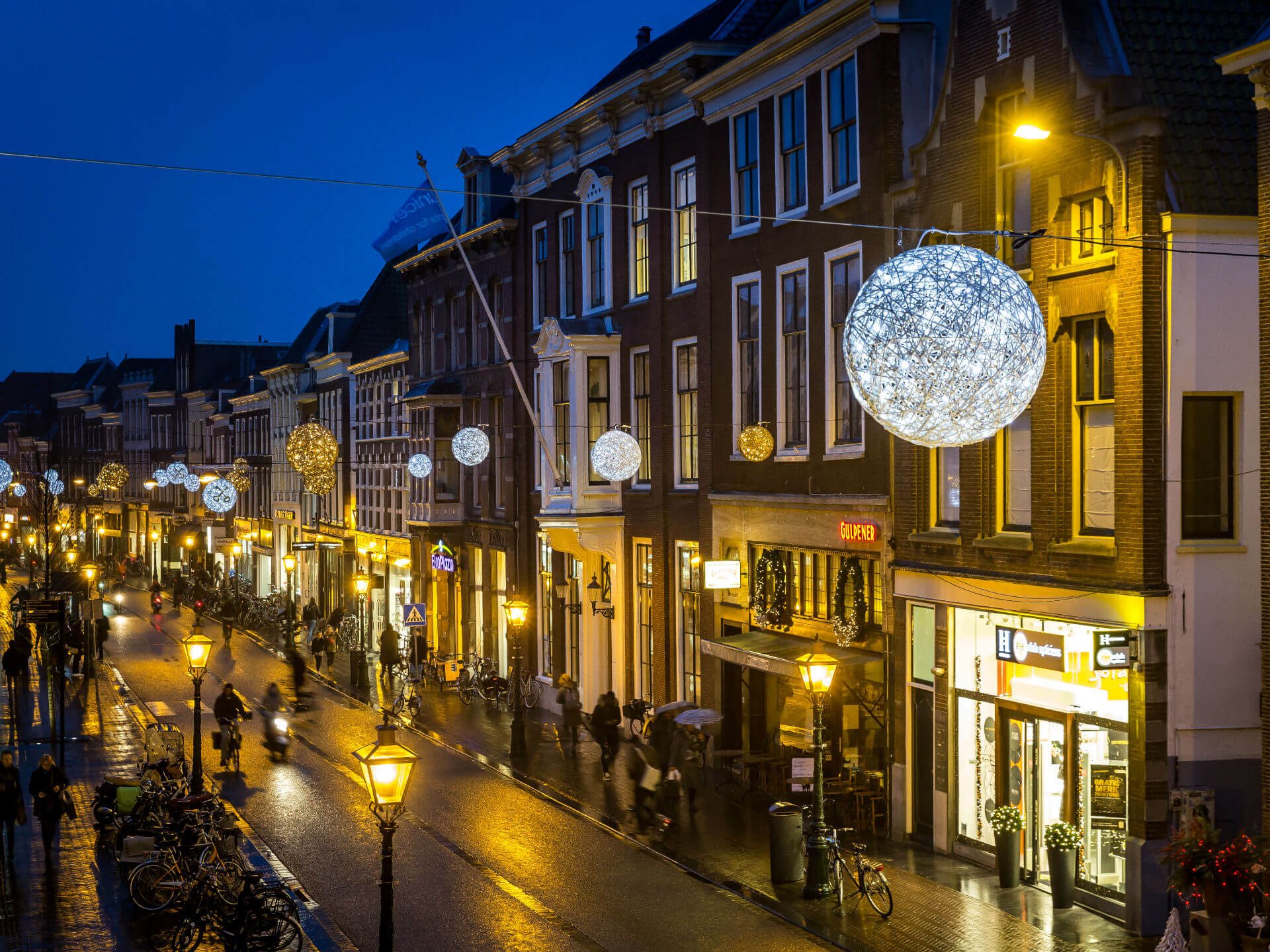 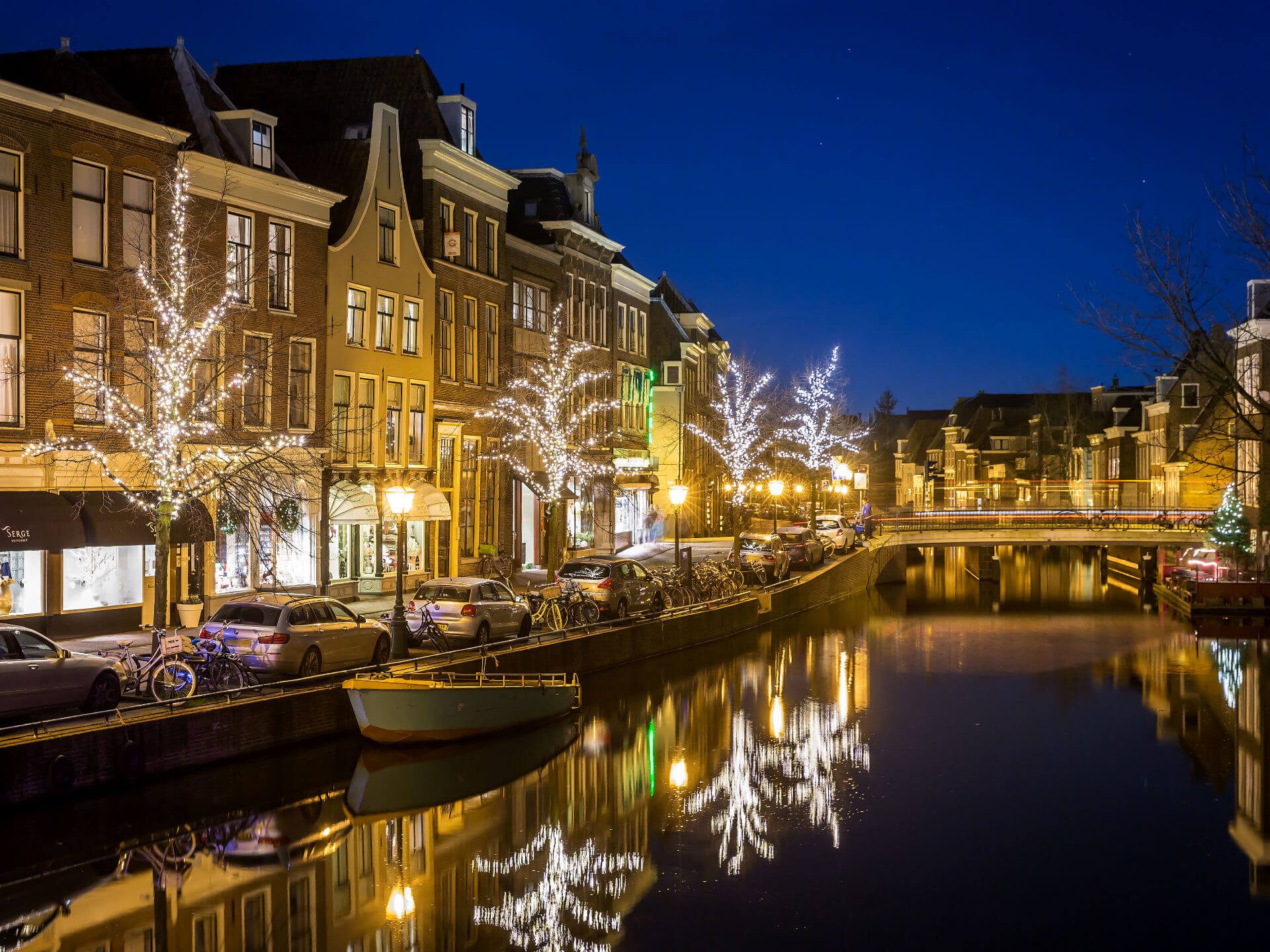