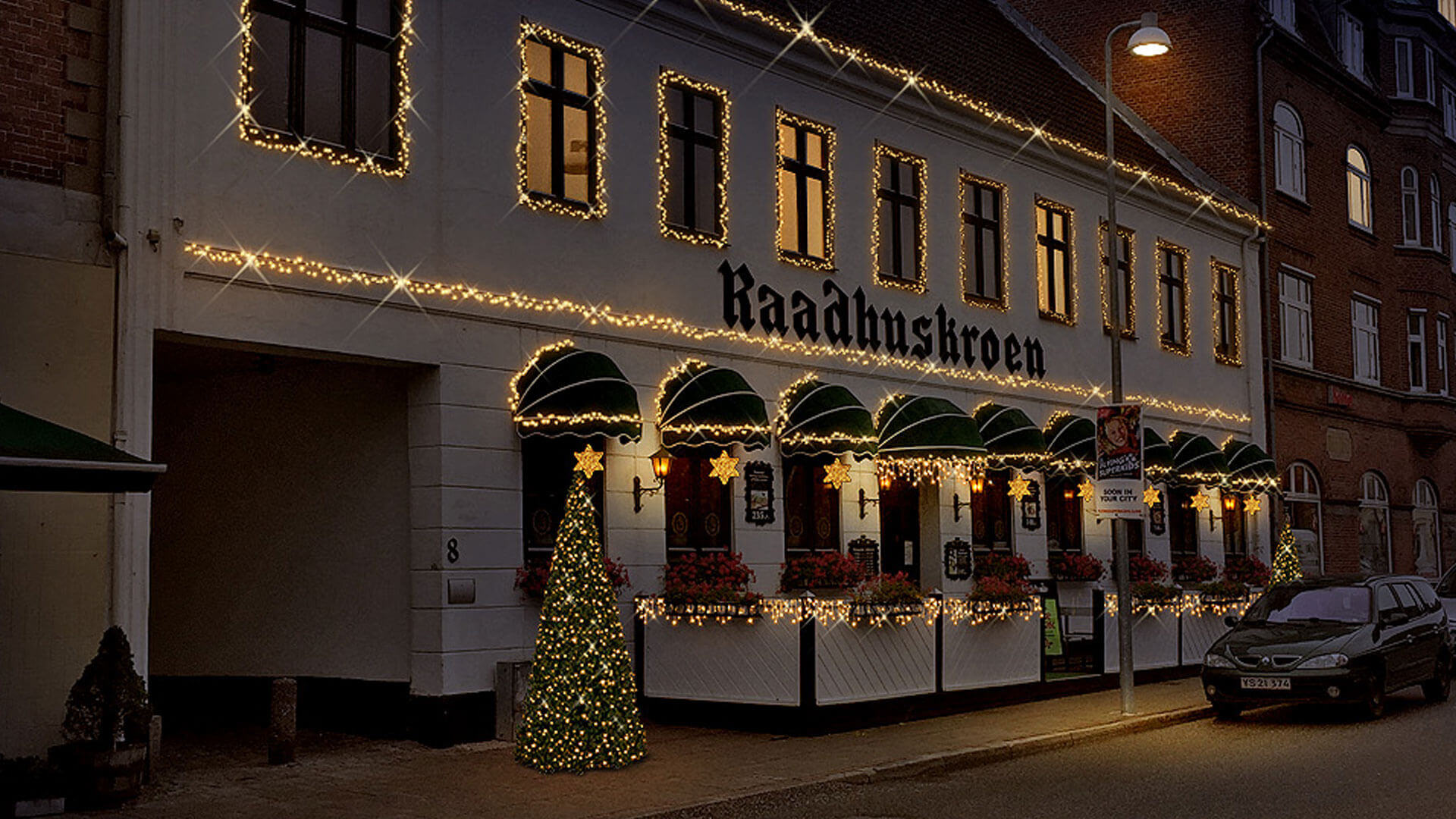 Henrik Petersen, the owner of Rådhuskroen in Ringsted, had long believed in the benefits of decorating his inn with festive lighting over the Christmas season.

He’d tried buying lights at local stores over the years and hanging them himself, but the end result took a lot of time and never lived up to his vision. With little time and limited design skills, he eventually decided to focus on running his business instead of worrying about lights.

The dark, ill-lit inn prompted Rene Hansen, the Managing Director of MK Illumination Denmark, to walk through Petersen’s door one day. He asked about the lack of Christmas lighting and Petersen freely admitted that he had run out of ideas and time to decorate his inn.

Hansen offered to create a simulation of how the inn could look with the help of MK Illumination, and when he next visited, Petersen was left with no doubt that it made sense to get Hansen to manage his Christmas lighting for him.

“Henrik loved the simulation and when he gave us the go-ahead to proceed, he thought that the main benefit would be the warm, welcoming atmosphere that would make visits feel at home.” says Hansen. “He didn’t expect to see his revenues increase, too.”

Peterson decided to “light up” his inn one day before the official turning-on of the Christmas tree lights in the square. He invited the local press, made good use of social media and turned his own turning-on event into a celebration of light, mulled wine and Danish doughnuts.

The event was a success and the following day, when the tree lights began to shine and the square in Ringsted became cramped, people started looking for somewhere to rest, eat, drink and enjoy time together. The bright lights of the inn beckoned and it soon filled with visitors. Petersen began to hear people commenting about the inn’s festive lighting – even when he was on errands around the city – and he was taken aback by how much word-of-mouth marketing the lights had created.

When asked about the results, Petersen said, “Each year, as the Christmas season comes to an end, I am convinced that we can’t sell more than we have the year before. But this year, the revenue of the inn was up by 20% in the 6 weeks when the Christmas lights were in place.”

And there were additional benefits of working with MK Illumination, too.

“Working with MK Illumination meant that I didn’t have to do anything myself. They did the design work, installed the lights and took the lights down and packed them away carefully, ready for next year.”

If you’d like to use Christmas lighting to transform your space and boost holiday revenues, get in touch with us to explore the possibilities.