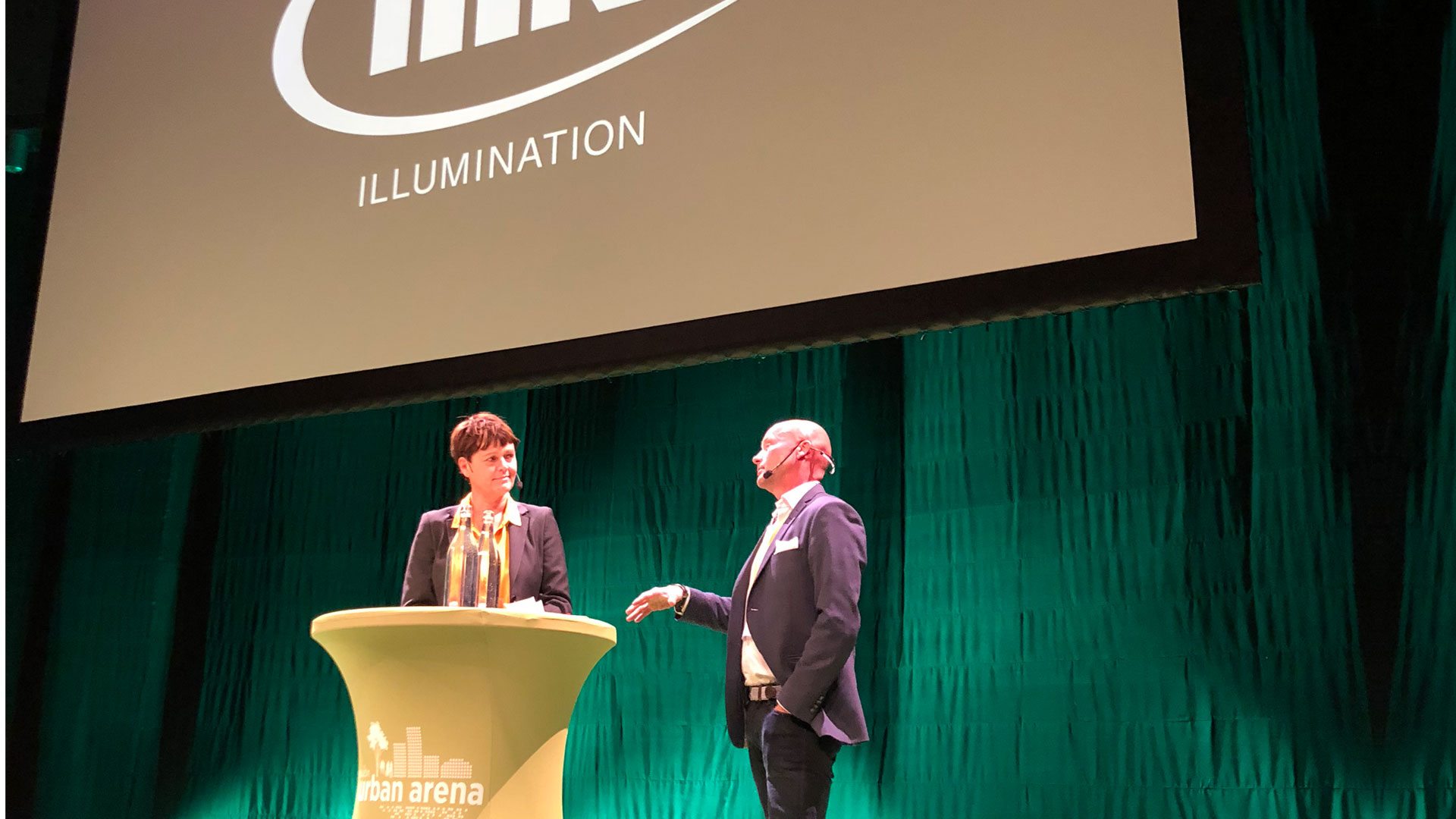 Sweden Urban Arena is one of the most important events for public spaces and retail real estate businesses. Organised by Svenska Stadskärnor, Sweden’s Center Developer and the Nordic Council of Shopping Centers (NCSC), this year’s event took place on October 23rd and MK Illumination Sweden’s Managing Director, Niclas Johansson was a speaker at the event and was proud to present the NCSC Awards’ challenge trophy “The Star of Sweden”. This trophy, which was designed and manufactured by MK Illumination Sweden, is awarded to the shopping centre of the year.

Three of MK Illuminations’ client won awards on the night, and we’re delighted to tell you who they are:

Congratulations to all three, and to all the winners on the night!